True Blood season 5 finale was one that left fans hollering for more! Well it definitely left them yelling during some scenes! I know I was really surprised by the turn of events at the end.

Here are a few of my “favorites”  from the finale: 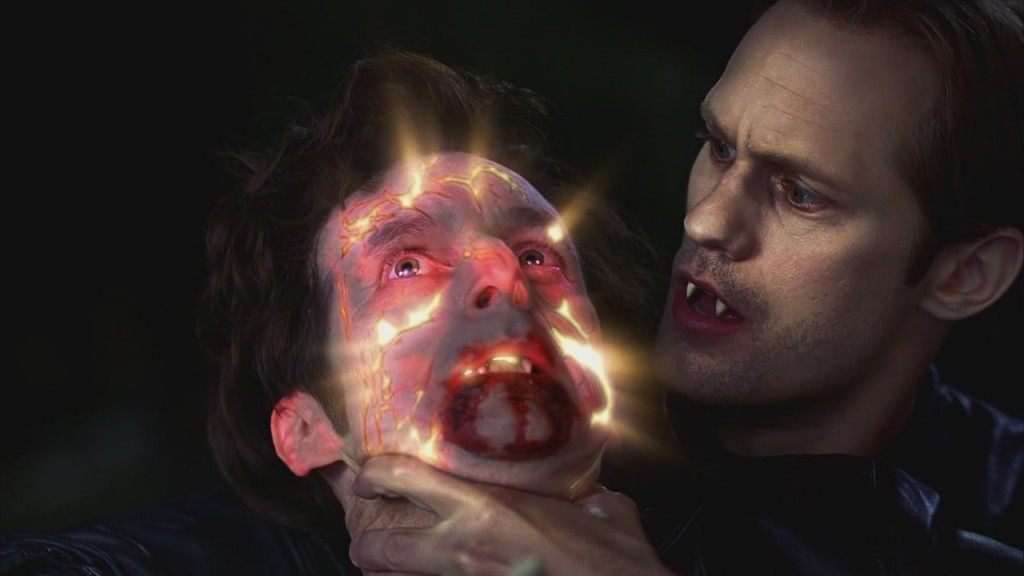 Russell finally had his drink of a whole fairy in episode 5.11. Unfortunately for him that left him quite drunk on fairy blood and allowed Eric Northman to suprise him and stake him. At first it looked like the fairy blood may have made him immune (we could see light coming from his face). Even Eric looked surprise but then the light stopped glowing and the staking did result in is final death. With one last word F#ck, Russell Edginton was no more.

Eric finally had revenge against Russell for killing his parents. Took 1000 years but revenge was sweet. I’m sad to see Denis O’Hare leave the show but it was time to say goodbye to Russell. (I also liked how Eric was able to do this in front of Sookie and the fairies. It was because of Sookie’s fear vibe that Eric was able to get there in time to stop Russell from killing more fairies) 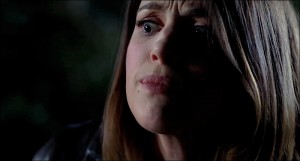 Loved how protective Eric was towards Sookie. Nora caught a whiff of Sookie and was enthralled. Sookie asked Eric to please tell his sister not to eat her (or something to that effect). He made Nora swear on Godric that she would not harm Sookie. It was funny to see Nora sniffing away!! Eric also was chastizing Nora for having such little self control. (sounded so much like a big brother there!) 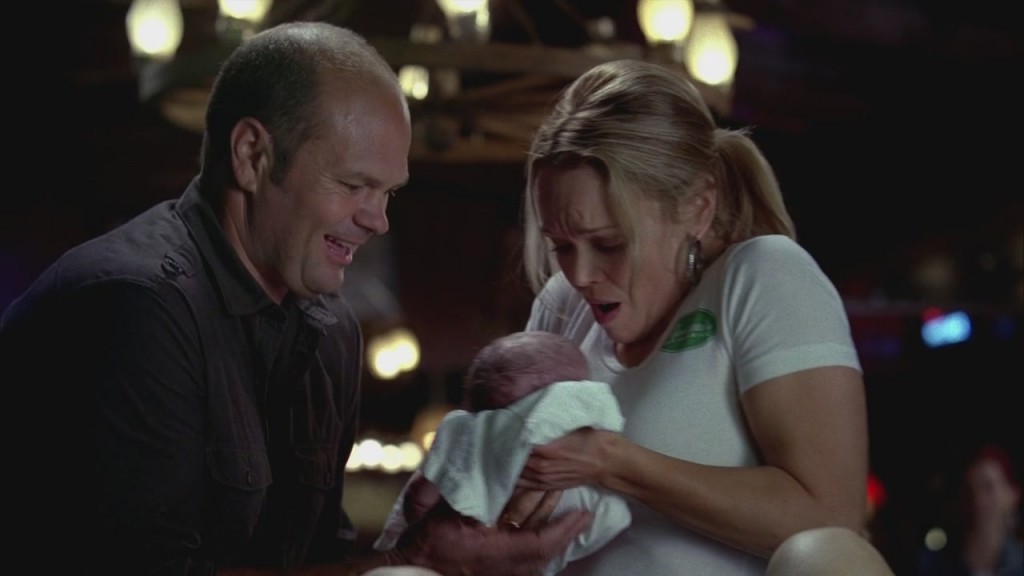 Andy Bellefleur had a surprise visit from the very pregnant fairy Maurella. A lot of the scene showing Maurella delivering the set of quadruplets was a bit over the top for me. The part I did like was the look on Andy’s face when Holly (who was a saint for helping deliver the babies) handed Andy the baby. He looked like such a proud poppa.

Season 6 will have Andy raising 4 female fairies. It’s his duty as the dad to raise them and make sure that at least half make it to adulthood. Little did Andy know when he had sex with Maurella he’s be a dad a short time later to some “alien” babies! Not sure he knows what he is in for!

Sam Merlotte shifted into a fly to help Luna rescue Emma. While Luna skin walked as Steve Newlin and shifted back into herself on tv, Rosalyn was hollering her head off. 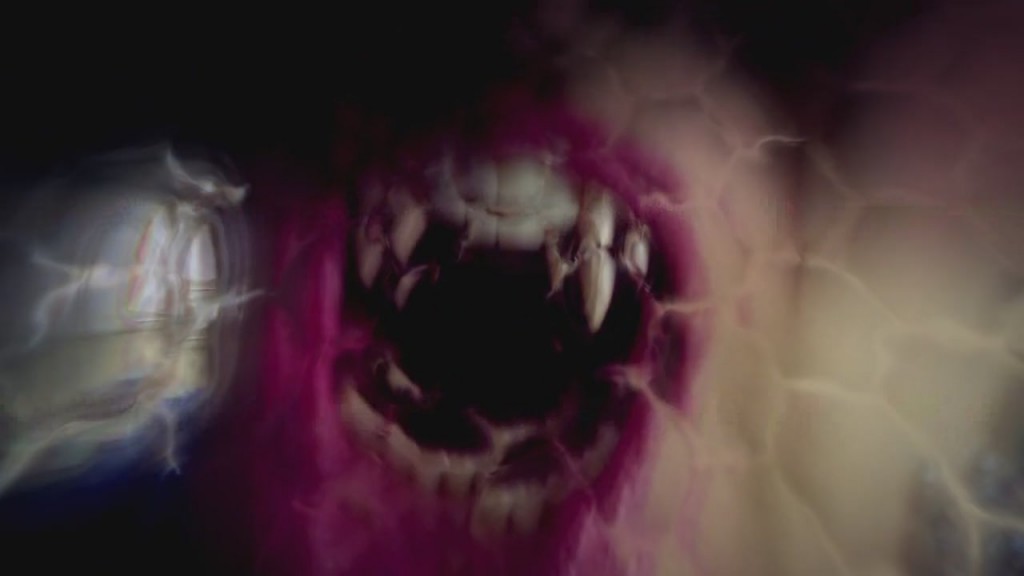 Sam took that chance and flew into her mouth. 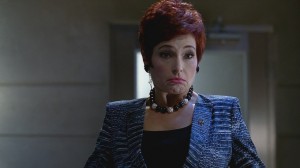 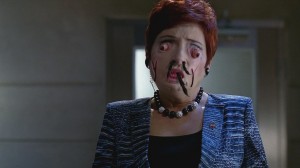 Next we see Rosalyn explode since Sam shifts back into a human. 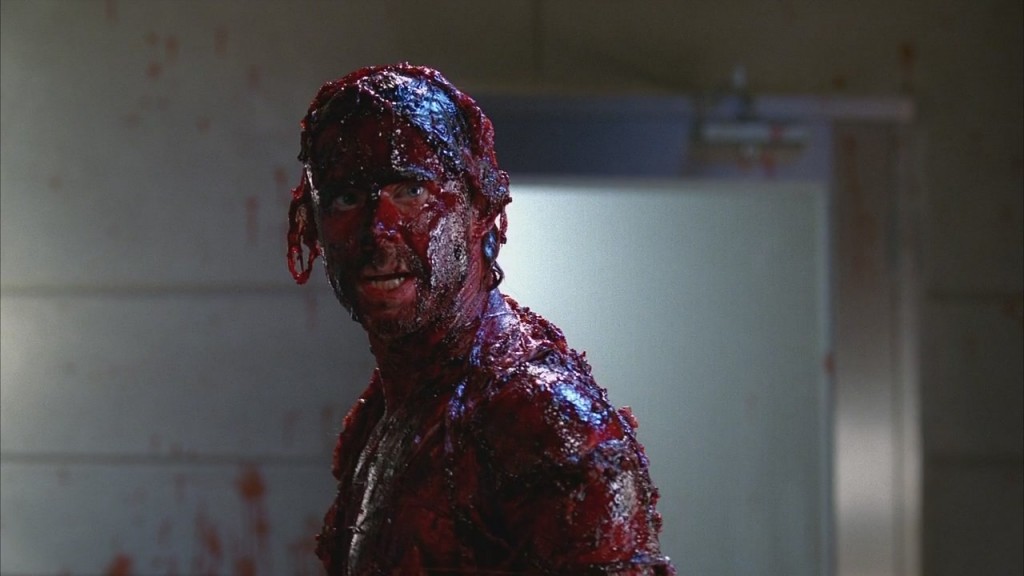 One of the grossest but coolest ways we’ve seen a vampire meet the true death so far on True Blood.

Jason and Eric battle of words…

The tumblr link here has a snippet of the back and forth word exchange between Eric and Jason. So funny to see them going at it like that. 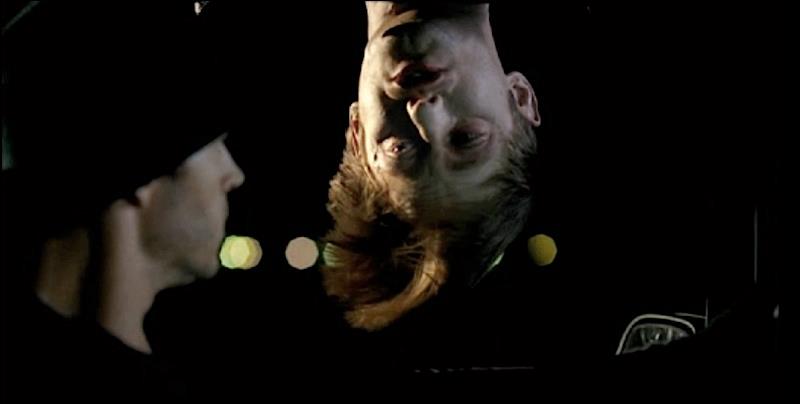 Jason and Sookie are sharing some brother sister time during a drive (on their way to the vampire Authority). Eric hitches a ride on the truck and asks Jason to let him in. Upside down and pleading “Pleeaaassseeee”. It was a bit of fun comic relief in a pretty tense episode. It felt good to giggle at the Viking Vampire.

Tara opened up Pam’s jail cell even though it was silver. Yes the burn on her hand was very worth it. Pam plants one heck of a kiss on her progeny! It has been hinted that they would become a couple and finally some spark is on screen! Season 6 will hopefully have this couple steaming up the screen! 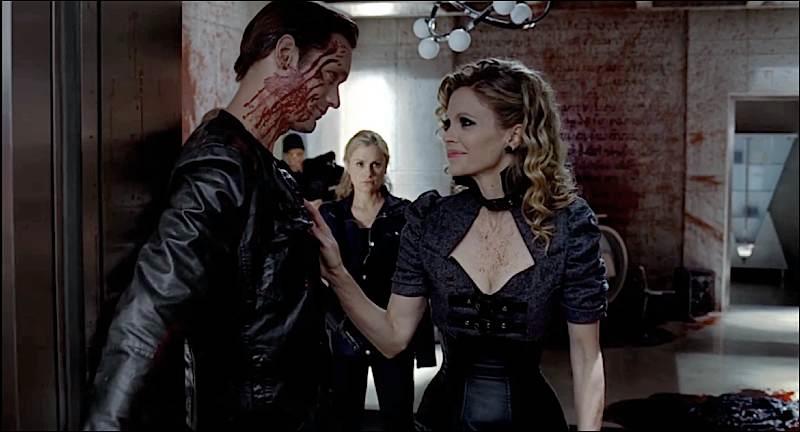 One of my favorite moments from the finale was seeing Pam and Eric together in a scene again. The smile on their faces and the way Pam placed her hand on Eric’s chest spoke volumes to me. Despite being released by her maker there is still a strong bond there and one I hope we see more of again in season 6.

The finale brought Sookie and Eric together to help rescue Pam, Jessica and Bill from the Authority. They were successful in getting Pam and Jess out but neither Sookie nor Eric were able to reason with Bill. He drank the rest of the sacred blood and wound up liquifying in front of them. (after Bill was pretty mean to Sookie). Both Eric and Sookie appeared quite affected by Bill’s ‘demise’. The screen cap image above showed Sookie and Eric sharing a moment together. There really have not been many scenes in season 5 with the two of them (or at least with Sookie not being ticked off at the Viking) 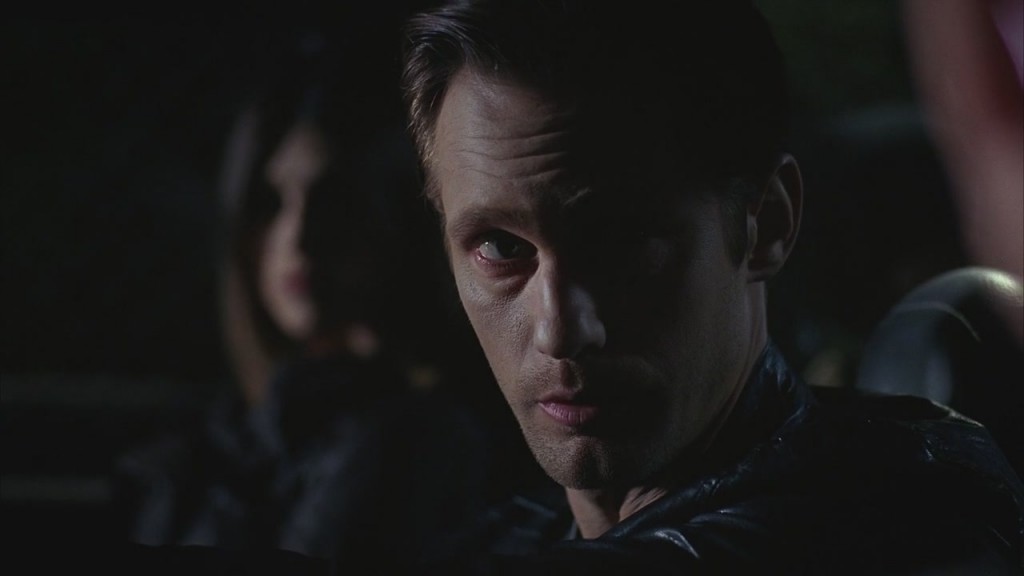 Nora and Eric sneak Sookie, Jason and Tara into the Authority in plain sight. The guard catches a whiff of Sookie (who’d been with full fairies and picket up their scent) and comments how the blonde smells amazing. Eric replies yes she is amazing and MINE. Loved hearing Eric say that. Sookie does not like to “belong” to any vampire but she will need some protection. Hopefully season 6 will have Eric staking a claim to the telepathic waitress.

Sookie and Eric tried to reason with Bill Compton to not drink the kool aid/sacred blood. No amount of reasoning or pleaded worked. After chugging the vial of blood we see Bill start to dissolve and look like he was liquifying and meeting a final death. That scene was truly a shocker for me. I screamed my head off! Never in a million years did I think Alan Ball would allow Bill Compton to finally die.

Well that shock would soon be replaced with a bigger shock. We see Bill rise up from the blood in the same fashion we had seen Lillith rise up from the blood. Bill now newly incarnated shrieks in a primal scream (much like the way Lilltih did) and is sporting a new set of really long fangs.

The end credits of the finale show Eric telling Sookie to RUN!! Didn’t take long for fans to call this version of Bill Compton “Billith”. I know the whole “Lillith” story line was not one of my favorite ones from season 5. I’m a bit apprehensive that now in season 6 we will be seeing another variation of this perhaps with Bill taking on the role of what might be a vampire “god”. What will this Bill be like in the new season? Who knows. The writers have not yet started the new season work. I just hope it makes sense and not just another silly story line.

These were just some of my favorite scenes from the True Blood season 5 finale. Feel free to leave your comments or add what you enjoyed in the finale. Fangover therapy day 4 hopefully will help fans in their withdrawal from the show. Waiting sucks!

HBO aired the preview for the True Blood season 5 finale. Video is below. The finale episode is titled “Save Yourself”

Working on the screencaps now. Looks like it will be action packed!