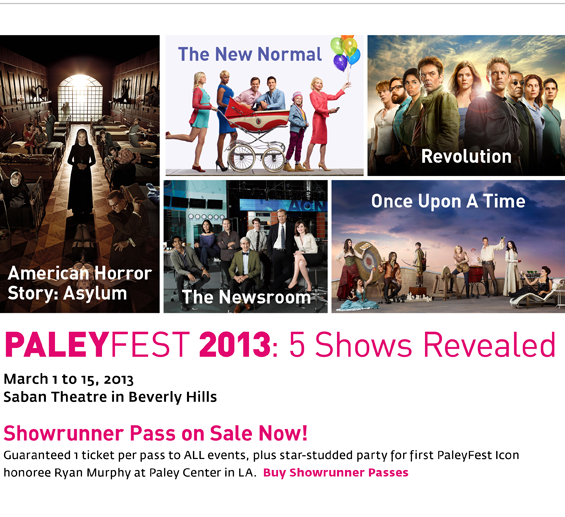 PaleyFest just revealed the names of two more shows to be featured at PaleyFest 2013: (there prior shows were already revealed- Once Upon a Time, Revolution and Newsroom)