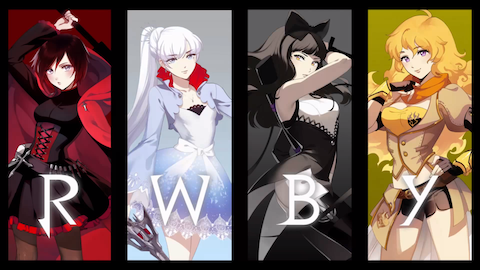 New Anime Series from the Creators of “Red vs. Blue”

“We’re just ridiculously excited about how awesome this show is. The fan reaction at RTX was off the charts, and we can’t wait to reveal episode one to our fans online, and new audiences around the world,” says Rooster Teeth CEO and Co-Founder Matt Hullum.

Created and directed by Monty Oum, RWBY is the story of four very different girls brought together for one legendary purpose.  Ruby, Weiss, Blake, and Yang are new students at Beacon Academy, a school designed to train warriors and monster-hunters.  Unfortunately, monsters aren’t the only threat to the citizens of Vale and before the year is over, the students of Beacon may find that homework is the least of their problems.

Rooster Teeth premiered the first episode of RWBY at RTX 2013 to a packed room of 2,400 excited fans.  Following the premiere, cast and crew received a standing ovation.

“RWBY‘s episode one premiere at RTX was met with a standing ovation. The acceptance of this new project by our fans was overwhelming to the dedicated team members who all put their hearts into it,” says series creator and Rooster Teeth Director of Animation Monty Oum. 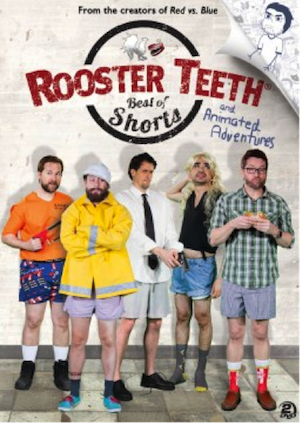 FROM THE CREATORS OF RED VS. BLUE,

Available for the First Time in a 2-Disc DVD Set

The team from Rooster Teeth is ready for action, and they’re putting their very best assets on display. On July 16, Cinedigm’s Flatiron Film Company will release ROOSTER TEETH: BEST OF SHORTS AND ANIMATED ADVENTURES on digital download and DVD. Both web series will be available in a 2-disc DVD set for the first time ever!

Rooster Teeth creator and producer  will be present at Comic Con. Comic Con preview night is Wednesday 7/17/13 and the con ends on Sunday 7/21/13. I’ll be there covering many of the events. Some True Blood related (and some not). Once a year fans meet up and have the time of their lives there. (exhausting but a lot of fun) Can’t wait to see a lot of the fans there!!