While the mistress of this site is away on vacation, I get to play on the site and write a review for the first episode of the sixth season of True Blood. Hold on to your hats!
END_OF_DOCUMENT_TOKEN_TO_BE_REPLACED 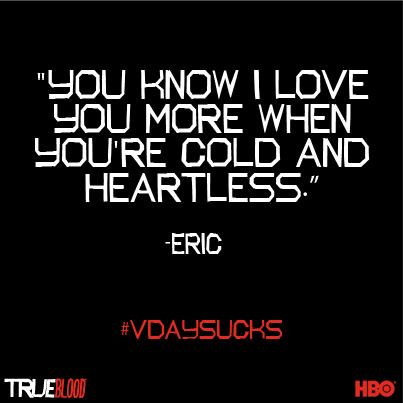 Wishing all the True Blood and Alex fans out there a Happy Valentine’s Day. True Blood posted several “valentine’s” on their Facebook page. (using different quotes from the show) 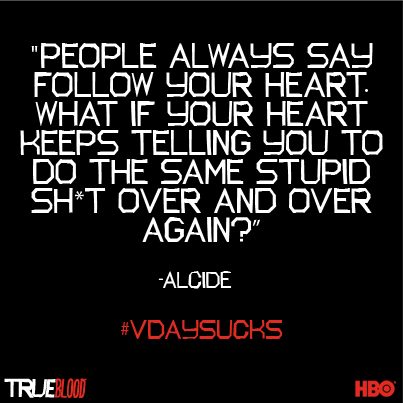 My favorite from Pam (season 5): 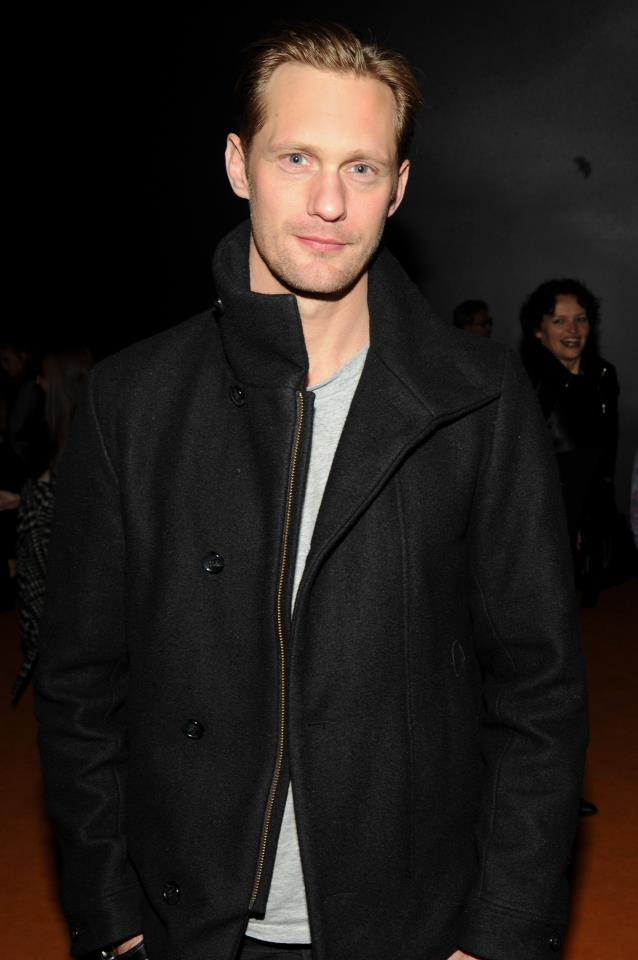 The gallery below has more images from the NYC event last night:

True Blood season 5 ended last Sunday. Yes this is the first Sunday in a while that fans do not have a new episode to enjoy. Still recovering from the finale fangover? Well here are a few favorite True Blood quotes to make the wait less painful:

The image above has one of my favorite quotes from Vampire Pam. She has had over the seasons some of the best quotes ever! The one featured in the image:

“My mad face and my happy face are the same”   is one of my favorites from season 5. Kristin’s delivery and timing make it extra sarcastic and oh so enjoyable to hear her say it!

These quotes below are from the Season 5 Finale: “Save Yourself”:

Pam:  “Must all roads lead to f—cking Sookie?

Andy: “Her kind don’t welp in the hospital.” (little did Andy know that Maurella would really be having that many babies!)

Arlene: “Who knew watching an alien give birth could be so comforting?”

Eric: Oh sweetie dont be a fool.
Jason: If I want to be a fool then I will be a fool! That is my God given right as an American!

This exchange between Eric and Jason was my favorite from the finale:

Jason: Before things what, spin out of control? That train has already sailed.

Jason Stackhouse has had his fair share of funny quotes. You have to love a character that can say what he says and not crack himself up.

Rosalyn complains about Bill and Salome: “Compton and Salome are off buttering each others’ biscuits half the time.”

Bill: “I told you, the first night we ever met: Vampires often turn on those they love the most.”

Pam said this in the season 5 premiere: “I’m wearing a Walmart sweatsuit for y’all. If that’s not a demonstration of team spirit, I don’t know what is.” (the sweat suit she wore for the episode was recently auctioned for the “Out of Africa” charity and raised over $1000!)

Pam has had some of the best quotes this season.  Would love to hear some of your favorites from the show. These were just a few of the many quotes in the finale. 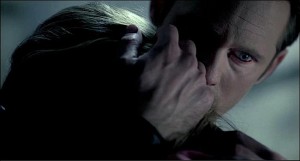 If anyone deserves an award for their performance in True Blood, it would have to be Alexander Skarsgård and Kristin Bauer Van Straten, hands down! The release scene between their characters, Eric and Pam, had me literally in tears. I have not cried about anything shown in True Blood since Godric met the sun and his ‘true death’. The scene was that powerful! How about a reminder?

Eric: “What you said in anger, you were right. I have to release you and it’s not because I don’t trust you or because I don’t care. It’s because you are my only progeny, my one legacy. I need you to live while I’m gone.”
Pam: “If that is your wish, I understand. I accept.Do it”
Eric: “Pamela, I renounce the ties of our blood and my dominion over you as my progeny. As your maker, I release you. You are my child, as I was the child of Godric. You were born into greatness. Your a maker now, our blood will thrive, do you understand?”

Denis O’Hare thought it was a brilliant performance as well, judging by this tweet!

Let us know what you think of the dynamic duo by sounding off below.