It was a joy for this fan to see Alexander Skarsgard win the Scream Award on Saturday night for the Best Horror Actor category. In his acceptance speech he says how he was asked by some kids outside why was he up for this award? He said well this season he got to kill some werewolves and also get to kiss a pretty blonde. It was great to also see the True Blood show win for Best TV Show category. Kelly Osborne was the presenter for the award to Alexander (image below). 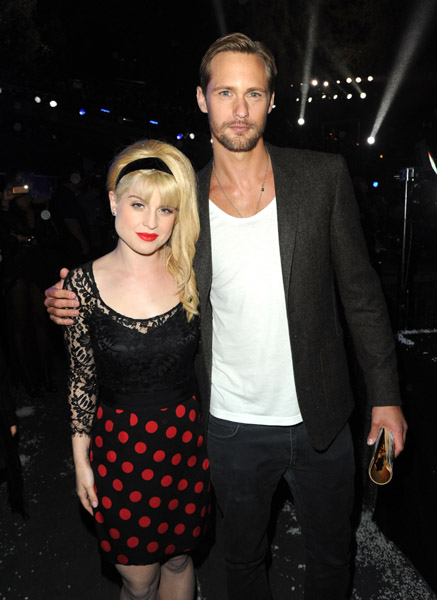 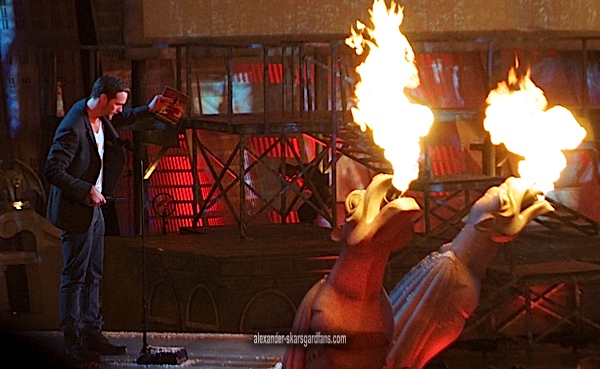 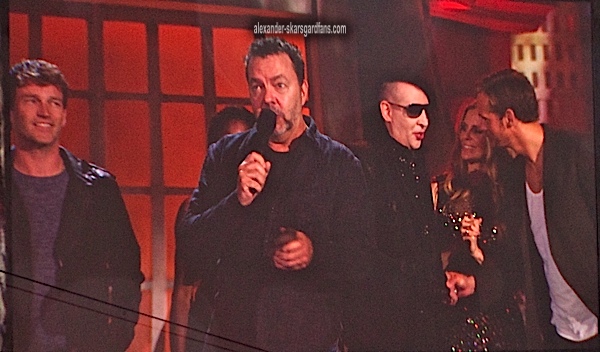 Alan Ball thanking fans for award. (Marilyn Manson was the presenter-he is chatting with Alex on right) 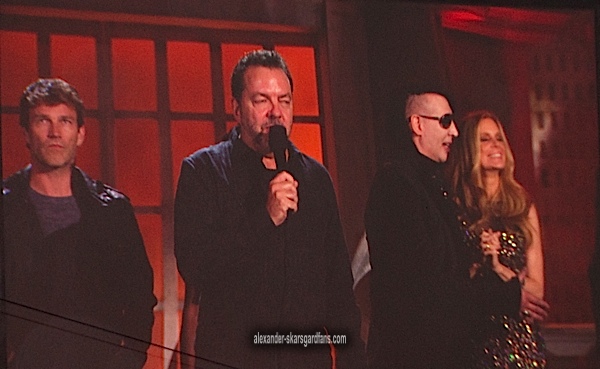 The first True Blood cast member on stage for the night though was not Alexander. Stephen Moyer accepted a Scream Award for the Holy Sh#t moment for the Twisted Sex scene with Mariana (Lorena). Stephen made a mention on how Mariana could not be there since she was still in traction from that scene (which did get a good chuckle from the audience). The rain did not stop the fans from cheering as loudly as possible for all the categories. The rain did have a crazy effect on everyone’s hair (Stephen Moyer’s hair got curlier from the rain and also from Anna running her fingers through it trying to help keep it from getting too crazy. I know I definitely lost that battle that night!) Despite the rain and some rude couple sitting behind us (they kept heckling and shouting out during Alexander’s acceptance speech) the night was absolutely amazing!

I have a listing of the winners from Saturday night and will post shortly. Not all of the awards were released/stated that night which was a bit of a dissapointment for me. I really wanted to hear if Sam Trammell and Deborah Woll had won the awards in which they were nominated.

Mickey Rourke received a Best Villain Award for his role in “Iron Man”. The images below are from the red carpet arrivals that I was able to photograph. He was very nice to all the fans and posed for many photos even though they were rushing the actors into the theater. 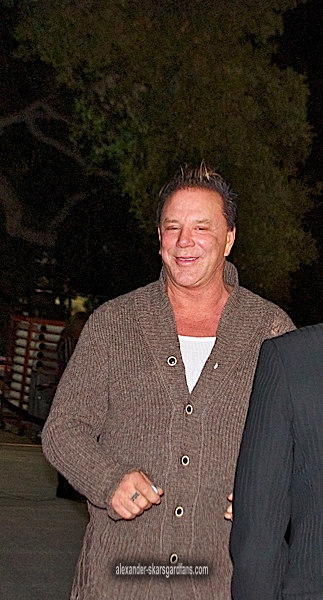 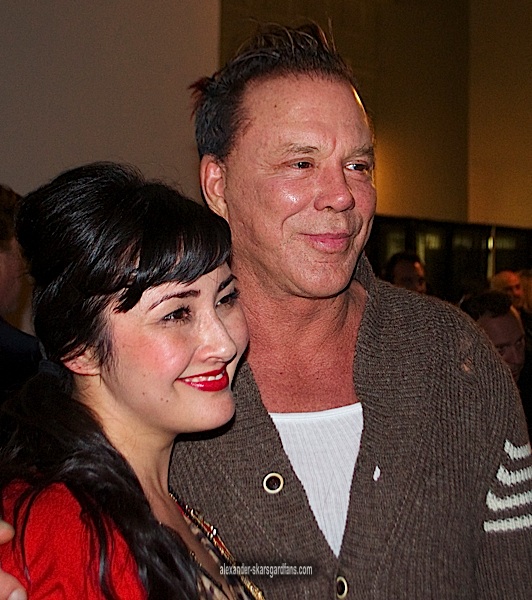 The TV Show Dexter was up for several awards but unfortunately none were given out to the show or cast at the awards. One of the cast members-David Zayas graciously posed for the photo below and he also was very kind to all the fans and took as many photos as the time would allow. 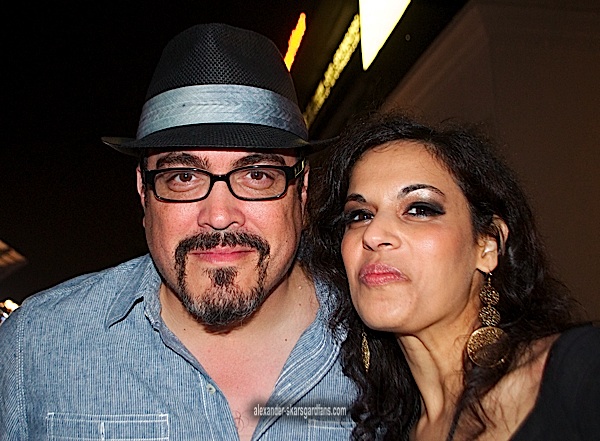 The TV Show Lost did receive a special “Tribute” during the Scream Awards and the cast appeared on the stage (they showed clips from the past seasons on the big screens). Jorge Garcia was also very popular on the Red Carpet. Many many fans asked for autographs and or photos with the actor and he was amazing with all of them. He was always smiling and super nice. His co-star on the show Harold Perrineau is also below in the images. He was dancing around his companion in order to get to the fans to sign autographs and pose for photos. It was great to see them also having a fun time that night.

The Scream Awards were taped on Saturday night and will be shown on Spike TV on Tuesday October 19th. It was a ton of fun to see it happen live but I am looking forward to seeing the awards on TV.