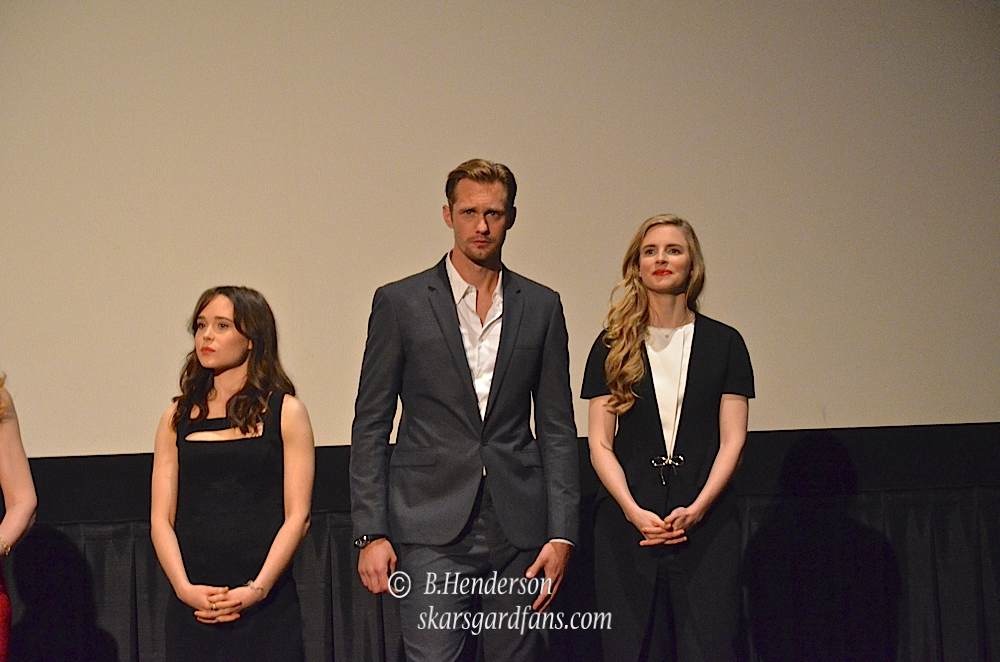 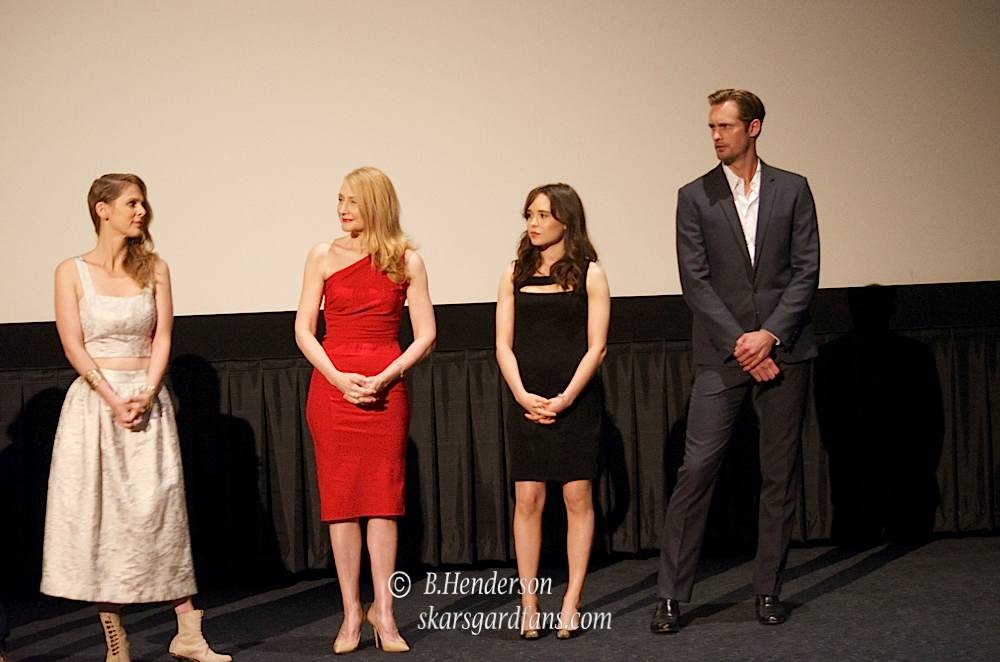 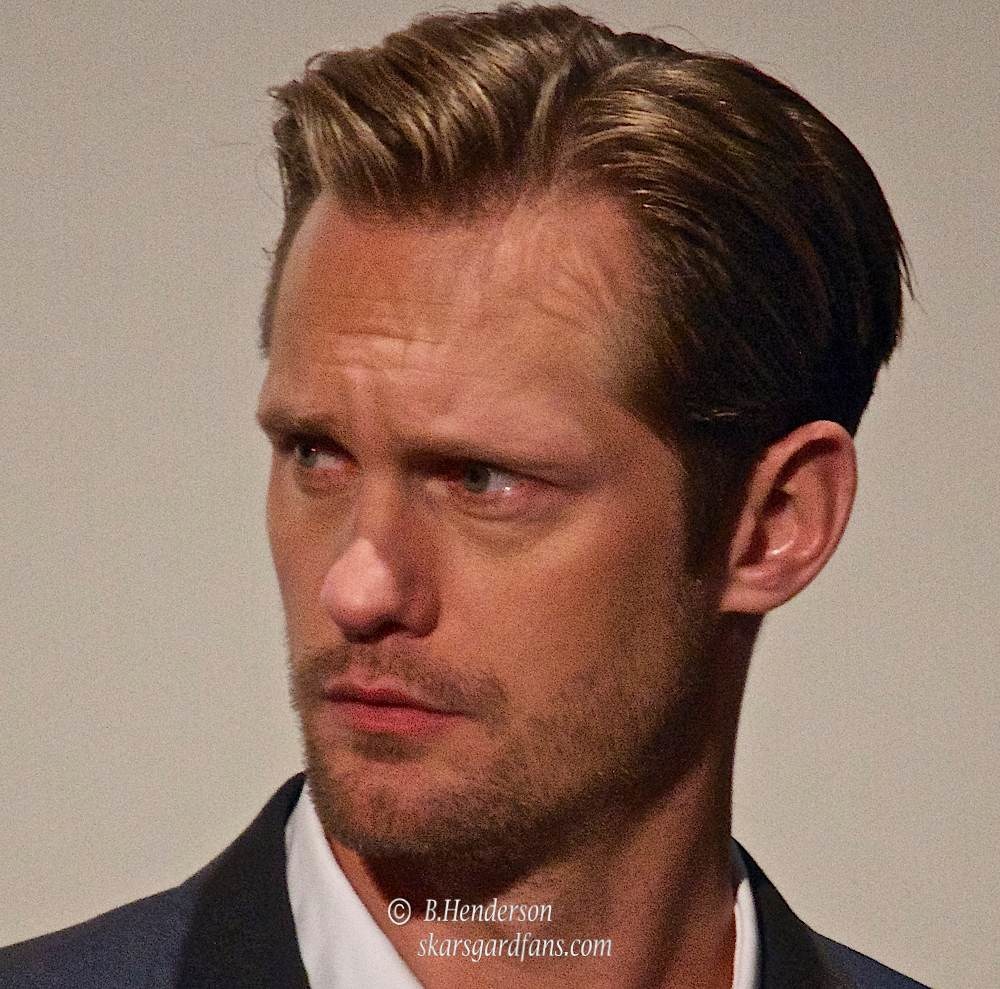 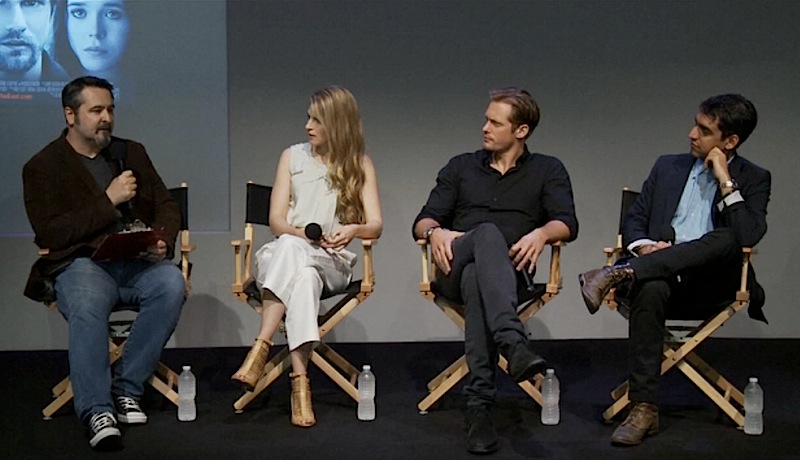 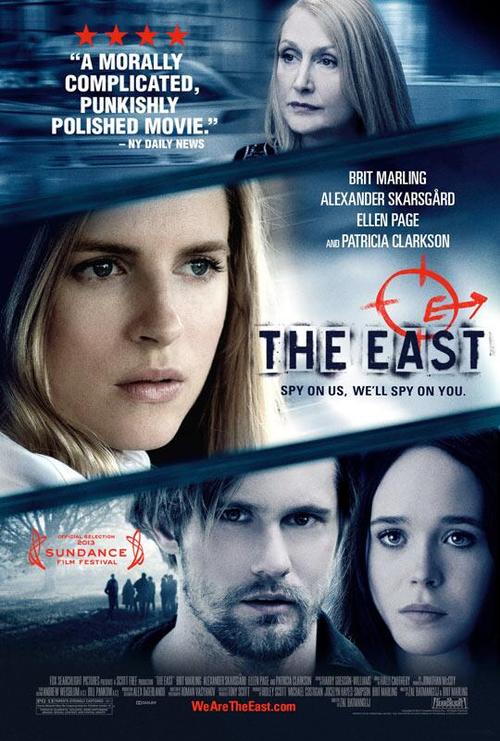 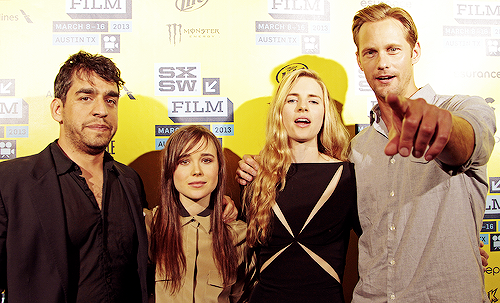 The cast of “The East” attended the film premiere at SXSW Music and Film Festival held in Austin Texas last night 03/16/13. Zal Batmanglij,  Alexander Skarsgard, Brit Marling, Ellen Page  were there and did interviews and took many photos with the fans there. 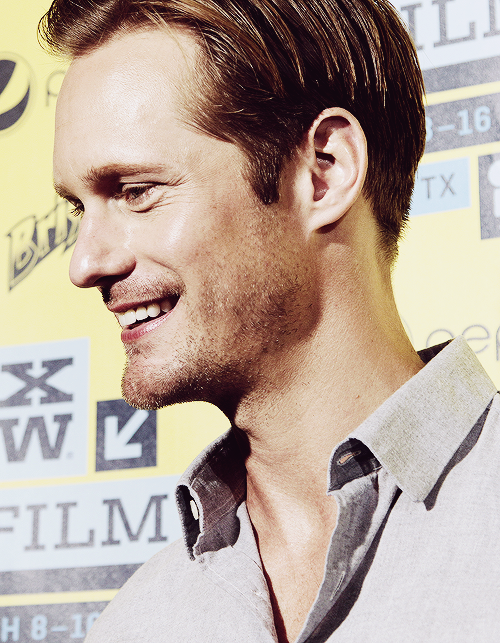 My friend flew out for the premiere and was able to get her photo with Alex and also a video. She did a great collage of her screencaps from the video.

Love seeing the smiles in her collages!!

This fan tweeted her photo collage:

Also love that one of the reporters was able to get Alex to do the “hook ’em horns” sign for the University of Texas. (my husband is an alumni). 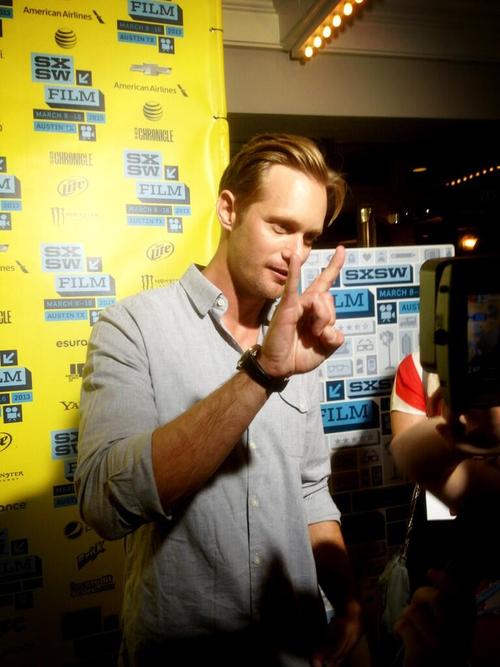 The images in the gallery are from the SXSW festival. Enjoy! I’ll keep adding as more photos come up. Again huge thanks to Alex and the cast for being there and making the fans very happy!! And an even bigger thanks to my friend who flew out to take photos and cover the event for the site! 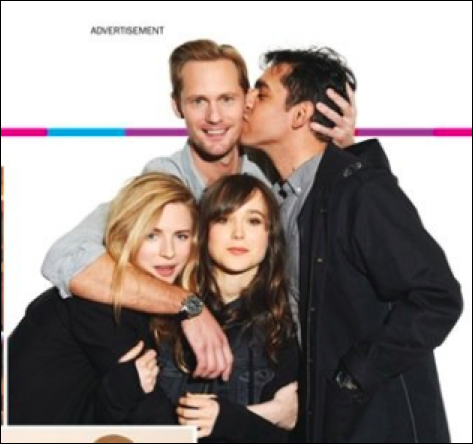 The official trailer for the film “The East” is below. The film stars Alexander Skarsgard, Ellen Page and Brit Marling. The film premiered at Sundance Film Festival 2013.

JarretSays tweeted the image below from The East 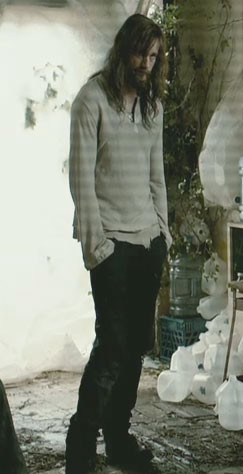 Gallery below has screencaps of the Alex scenes from the trailer

Having rattled off an ingenious story of cult subterfuge in his low-budget 2011 debut, “Sound of My Voice,” writer-director Zal Batmanglij plays with some of the same ideas on a broader, more polished canvas in “The East.” The second picture in a fascinating collaboration with producer-writer-star Brit Marling, this clever, involving spy drama builds to a terrific level of intrigue before losing some steam in its second half. Still, the appreciable growth in filmmaking confidence here should translate into a fine return on Fox Searchlight’s investment, and generate good word-of-mouth buzz among smart thrill-seekers.
Marling, who played a charismatic cult leader in “Voice,” this time finds herself cast in the outsider-protagonist role of Sarah, an undercover operative for a private intelligence firm. Highly competent and driven, Sarah has been tapped to infiltrate a dangerous eco-terrorist cell that calls itself the East, whose members target Big Oil execs, chemical manufacturers and other professional polluters they hold responsible for crimes against the environment and public health.

After some harrowing detective work that establishes her confidence and quick reflexes in the field, Sarah makes her roundabout way to the East’s rundown headquarters, where, passing herself off as a like-minded runaway outlaw, she soon gets a taste of their radical beliefs and vaguely New Age collective habits. Regarded warily by Izzy (Ellen Page), the most fanatical of these young activists, Sarah finds herself especially intrigued by Benji (Alexander Skarsgard), the handsome, soft-spoken leader of the group, who eventually invites her to participate in one of their operations.

These scenes constitute the film’s strongest and most arresting section, as Sarah, playing the role of audience surrogate, is gradually drawn into a surreal, unnerving and ethically troubling way of life. Batmanglij has a flair for staging breathtaking individual sequences, not just an ambitious setpiece that sees the group raid a pharmaceutical company gala, forcing Sarah to maintain two levels of cover, but also a marvelously strange early scene in which she’s introduced to the East’s unusual eating habits.

Another important moment finds Sarah and the other members bonding over, of all things, a game of spin-the-bottle, which has the effect of simultaneously confusing and clarifying the lines of trust and intimacy among the group. In classic spy-thriller fashion, Sarah begins to feel more than a twinge of sympathy for the people she’s been hired to take down, although she also feels guilty about her own complicity in their guerrilla tactics, which claim no shortage of victims.

Batmanglij grants these eco-terrorists the courtesy of being allowed to state their case — most impressively Page’s Izzy, in a powerful moment of moral confrontation — and the director is enough of a romantic to lend their revolution a certain sex appeal. But it’s when Sarah starts to shift alliances that “The East” begins to falter; the characters increasingly sound like ranting mouthpieces for their respective agendas, and the ideological lines seem too cleanly drawn, perhaps for the benefit of less attentive viewers.

Even more problematically, Sarah’s second thoughts are largely catalyzed by her growing attraction to Benji, a perfunctory thread that generates little heat between Marling and Skarsgard. One wishes that Sarah, for all her talent and resilience, were a bit more cold-blooded and less naive as her world comes crashing down.

If the picture’s second half feels somewhat protracted en route to a sly and invigorating finish, the overall effect is that of a shrewd, crafty and highly commercial entertainment with just enough topical heft to keep it from feeling entirely escapist. On a technical level, this Scott Free-produced effort looks far slicker than its predecessor, while maintaining a pleasing light-on-its-feet quality (the pic was shot over six weeks in Shreveport, La.). From d.p. Roman Vasyanov’s widescreen cinematography to Andrew Weisblum and Bill Pankow’s editing to Halli Cauthery’s pulsing score (with themes credited to Harry Gregson-Williams), the production feels crisply turned in all departments.

Marling, who delivered ace support in “Arbitrage” and “Sound of My Voice” (as well as toplining the little-seen “Another Earth”), carries the picture effortlessly, signaling Sarah’s emotions to the viewer while shielding them from the group, and handling the occasional physical smackdown with aplomb. Elsewhere among the cast, Tony Kebbell leaves a strong impression as one of the East’s key members, a doctor with a deeply personal stake in the group’s mission, and Patricia Clarkson delivers a wonderfully dry turn as Sarah’s cynical boss. 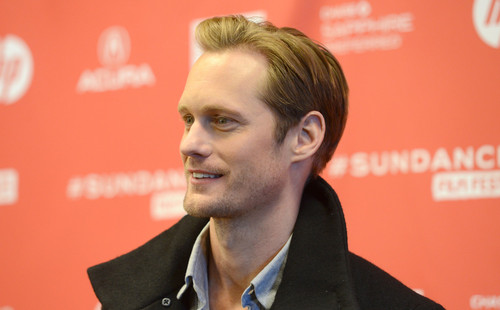 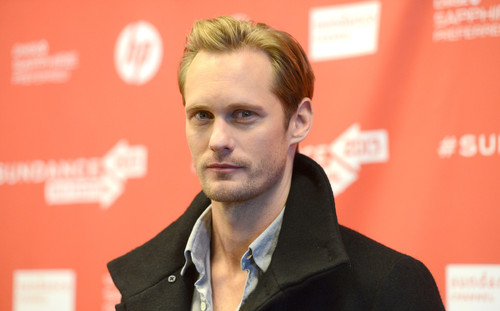 Alexander Skarsgard attended the Sundance Film Festival for the premiere of his film “The East”.

Video link here has Alexander Skarsgard and cast talking about “The East” from Sundance: (from EW.com)

Gallery below has the screencaps from the video: (Love the skarsbrow!)

USA Today had the above sneak peek image of Alexander Skarsgard and Ellen Page from the upcoming film “The East”. (photo credit: Myles Aronowitz) The article below is from USA Today link here:

Is there morality in terrorism?

Page is excited to see how the film’s first audience at Sundance Film Festival later this month responds. “I think it presents some interesting gray areas and important questions.”

Alex is confirmed for the Sundance Film Festival premiere! 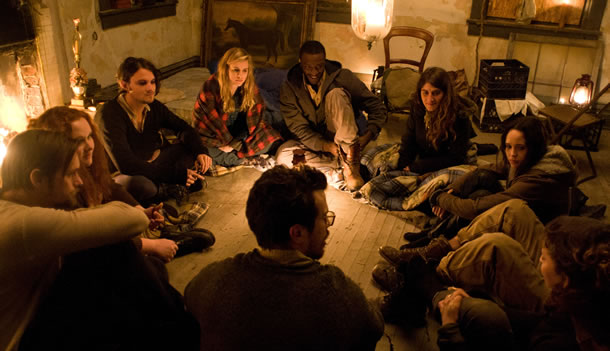 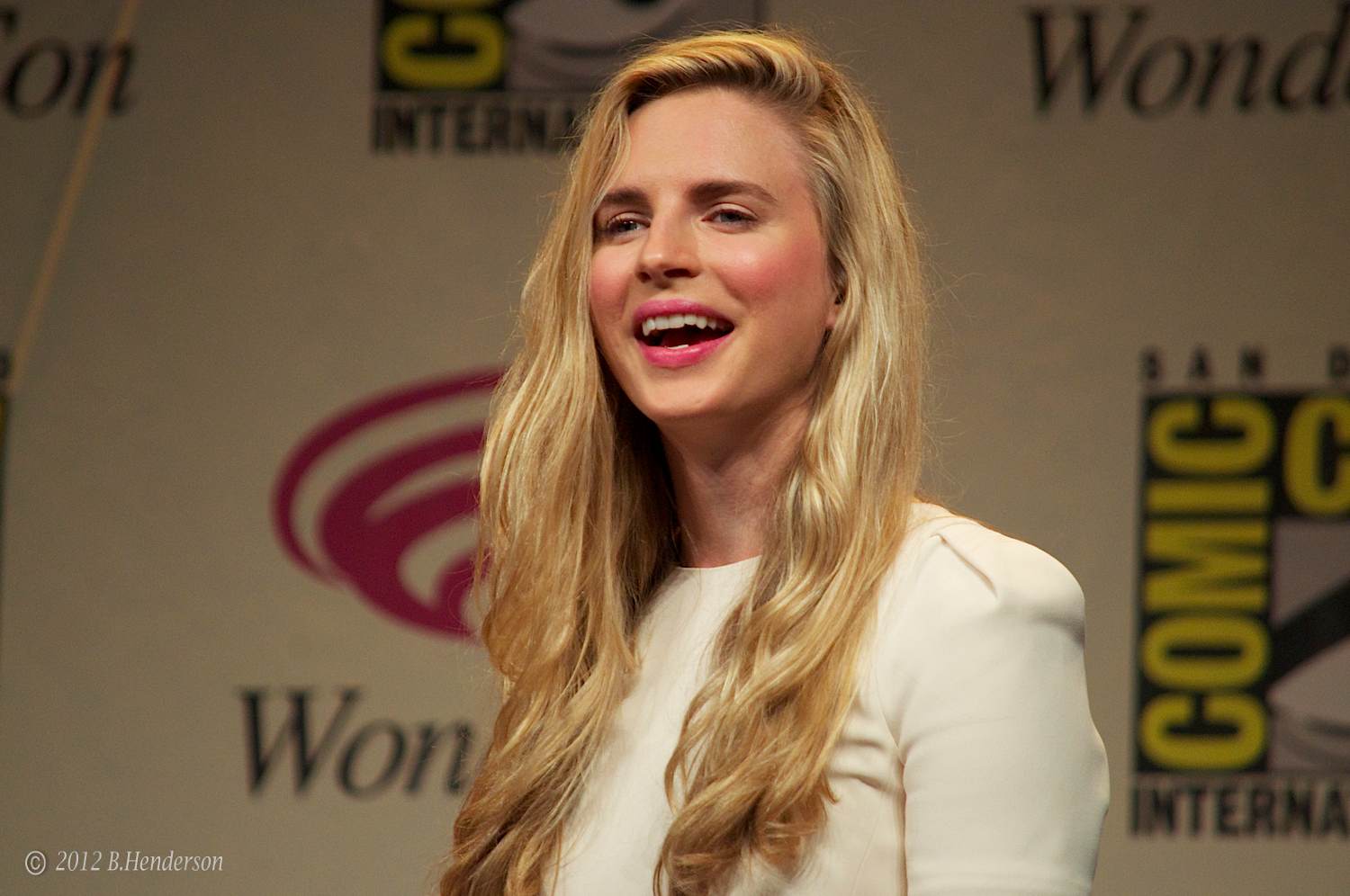 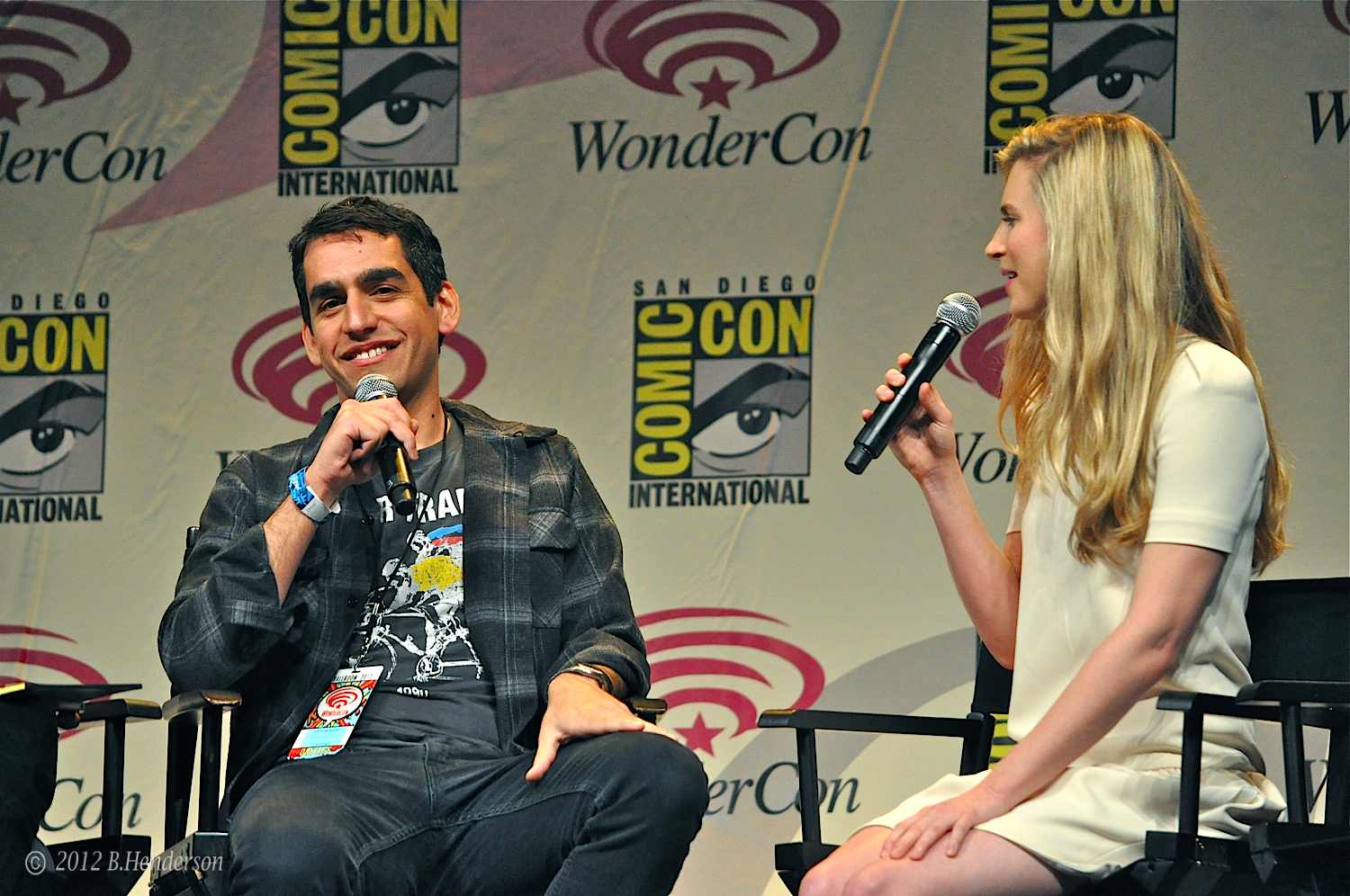 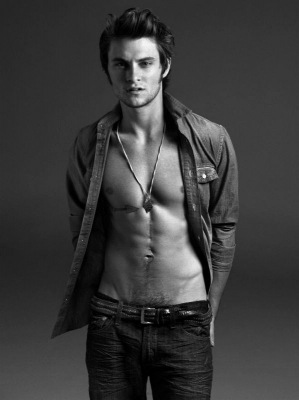