END_OF_DOCUMENT_TOKEN_TO_BE_REPLACED

LOS ANGELES – July 2, 2018 – CBS Television Studios presents the exclusive world premiere screenings of its new series CHARMED and MAGNUM P.I. at San Diego Comic-Con. As previously announced, cast and producers of STAR TREK: DISCOVERY will beam into HALL H for a look back on season one and tease what’s ahead for season two.

“CHARMED” EXCLUSIVE SCREENING AND PANEL, 11:15 AM–12:15 PM, BALLROOM 20 – The iconic CHARMED is back just in time to celebrate its 20th anniversary. This reboot of the original series centers on three sisters in a college town who, after the tragic loss of their mother, discover they are powerful witches. Between vanquishing supernatural demons, tearing down the patriarchy and maintaining familial bonds, a witch’s work is never done. Please join series stars Melonie Diaz, Sarah Jeffery, Madeleine Mantock and Rupert Evans, along with producers Jennie Snyder Urman, Jessica O’Toole and Amy Rardin, for an exclusive sneak peek of the first episode of The CW series followed by a panel discussion.

“TELL ME A STORY,” 12:15–12:45 PM, BALLROOM 20 – Step into the world of TELL ME A STORY, the latest project from the brilliant mind of Kevin Williamson. In this reimagining of the world’s most beloved fairy tales, see “The Three Little Pigs,” “Little Red Riding Hood” and “Hansel and Gretel” come to life as dark and twisted psychological thrillers interweaving with each other against the backdrop of modern day New York City. Join executive producer Kevin Williamson, as well as series stars Paul Wesley and James Wolk, for an exclusive sneak peek of the CBS All Access series followed by a panel discussion. Moderated by the editor-in-chief of Entertainment Weekly, Henry Goldblatt. 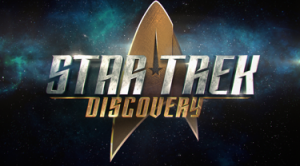