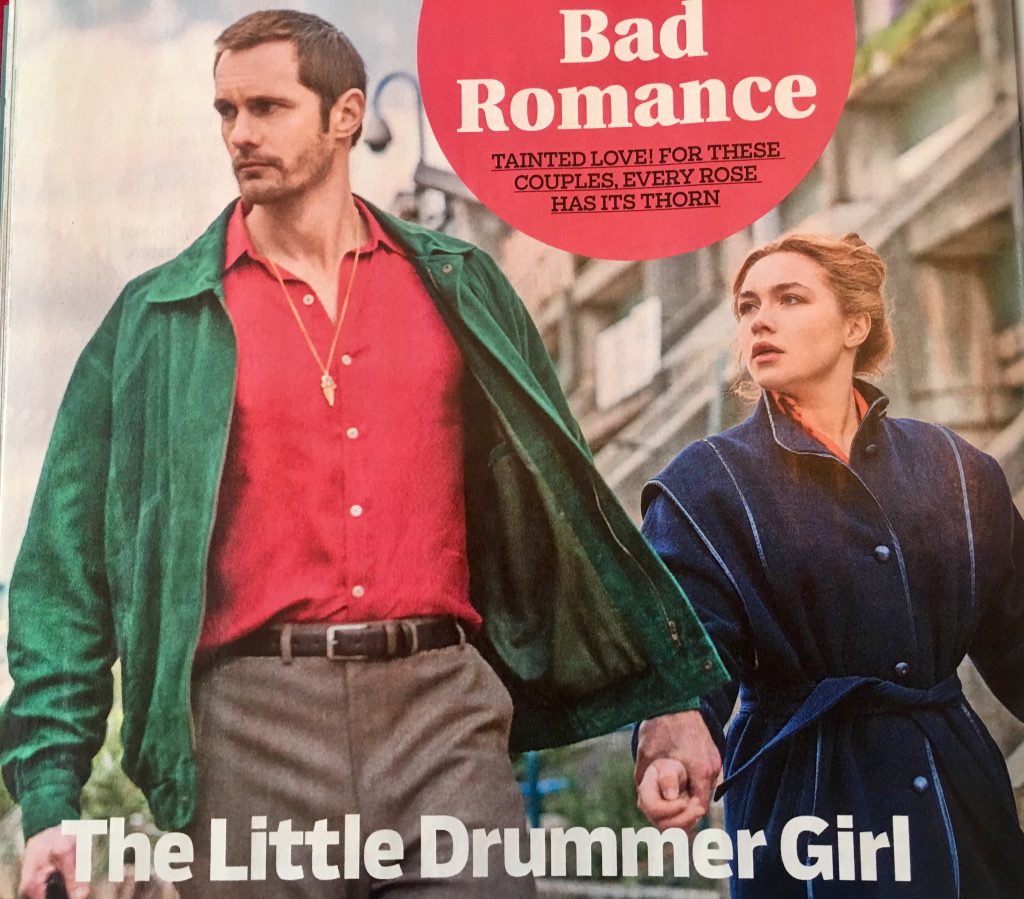 Imagine my glee when I opened up the new TV Guide at the grocery store and it opened up to a full page scan of Alexander Skarsgard in his upcoming role in The Little Drummer Girl. The spy thriller is set to air on Monday November 19th on AMC. It is shown as an “Editor’s Pick” in the Fall Preview TV Guide. The scans on this post are from my copy. Enjoy! 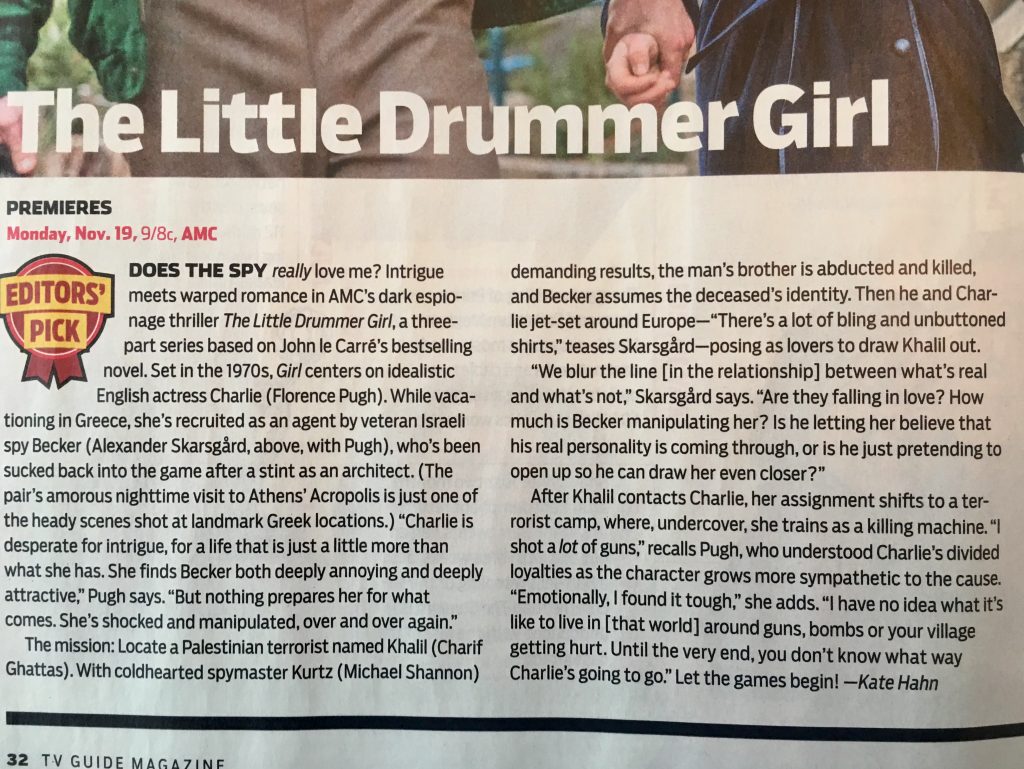 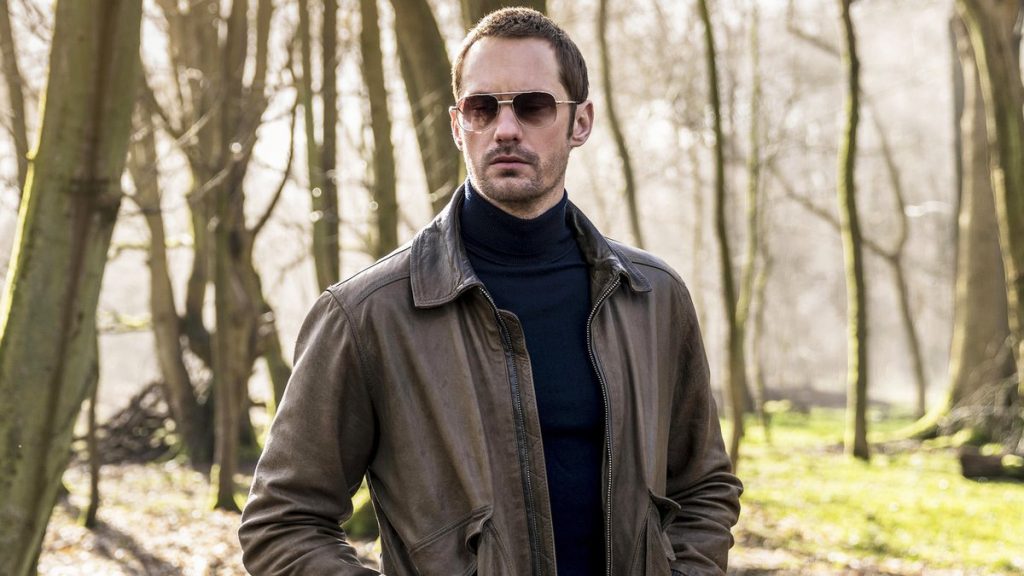 WHAT: The cast and producers of AMC’s hit scripted series “The Walking Dead,” “Fear the Walking Dead” and “Preacher” will return to this year’s Comic-Con in San Diego, CA. AMC’s Emmy®-nominated series “Better Call Saul” will also make its Comic-Con debut alongside a reunion panel for “Breaking Bad” in celebration of the Emmy® Award-winning drama’s 10-year anniversary.

The network also released today “The Walking Dead” Comic-Con art along with new key art for “Fear the Walking Dead,” which returns for the second half of its fourth season on Sunday, August 12.

In addition to panels, AMC will have a significant presence in and around San Diego throughout Comic-Con, including:

· A red-carpet premiere screening event for “Better Call Saul,” featuring the series cast and producers. The Emmy®-nominated series returns for its fourth season on Monday, August 6;

· “Dead Quarters,” the official fan zone of “The Walking Dead” and “Fear the Walking Dead.” The immersive experience will feature a curated walk through of settings from both series, including The Sanctuary and a thrilling 22-foot Zombie slide, inspired by the one in “Fear,” as well as photo opportunities with the walker composter and Negan’s “flaming Lucille,” among other activities; and END_OF_DOCUMENT_TOKEN_TO_BE_REPLACED