On average the Tall One gets between 1200 and 1800 cards from his loyal, loving fans on his birthday. (His birthday is August 25th) While it is true Alex loves his fans, would you have time to look at 1800 cards in one week…one month…ever? and WHAT would you do with 1800 cards? There is quite honestly no way to keep them so we end up with 1800 cards and envelopes in the trash, in the landfill and a huge Alex carbon footprint.

Lets think for a minute about how much money is spent on those 1800 cards. If we just say that each card costs $5.00 then we are talking $9000, but postage and handling bring that total closer to $10,000. $10,000 being dumped in to a landfill where it will cost countless thousands of dollars more to shred, mutilate and bury … and wait for decomposition. Knowing Alex fans, I suspect we aren’t buying the low dollar, bargain cards either so the total spent on greeting cards for his upcoming birthday will probably top $15,000.

We think of Alex as first and foremost a humanitarian (as well as just a dorky guy). So, for the third year in a row we contacted the Tall One and said…what would you like us to do this year. Once again he told us how happy he was with everything he has. He doesn’t need cards and gifts…he has you guys!!! He would prefer you to show your love for him in a different way. So, instead of putting all that hard-earned money into something that will only end up in a landfill why not use it to help put food on someone’s table.

This year’s Alexander Skarsgard Birthday Charity is the Los Angeles Regional Food Bank. We are all aware that with the status of the economy tens of thousands of people across the country have either lost their jobs completely or have seen their hours cut back. While thousands of people look to places such as the food bank for assistance, the food bank has also suffered decreases in their donations. This year we ask only that you donate what you would have spent on a card and help us help those who need us most. If you can donate more, we are sure the food bank can put all donations to good use. As most of our followers know, we love doing our best for charity. Putting food on someone’s table, helping nourish and sustain a family for at least one meal, is a wonderful gift.

As an added bonus, we (meaning Jenna) will take everyone’s name who donates and sign it on one HUGE card that we will ship to Alex for his Birthday. We can guarantee that he will see that card and it will be something he can stand in his bedroom and know that his fans not only love him, but that his fans do good things in his name.

Now for the rules: We have a team page set up on the Los Angeles Regional Food Bank website for credit card payments. Payments made here go DIRECTLY to the food bank and the site will tally all the donations so we can keep track of how we are doing. For international donors and those who prefer a Paypal option, please click on the DONATE button at the bottom of this post. 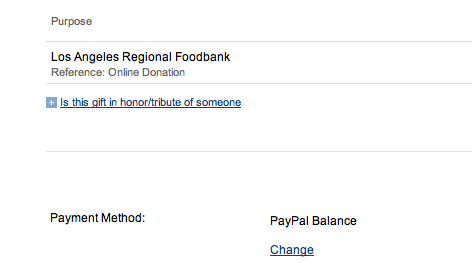 Ok Skarsfam, lets hit our goal of $20,000, save some trees, reduce Alex’s carbon footprint, give HQ a mailroom break and raise some money!!!

Alexander is supporting Amnesty International for his birthday (along with SOS Children’s villages!) 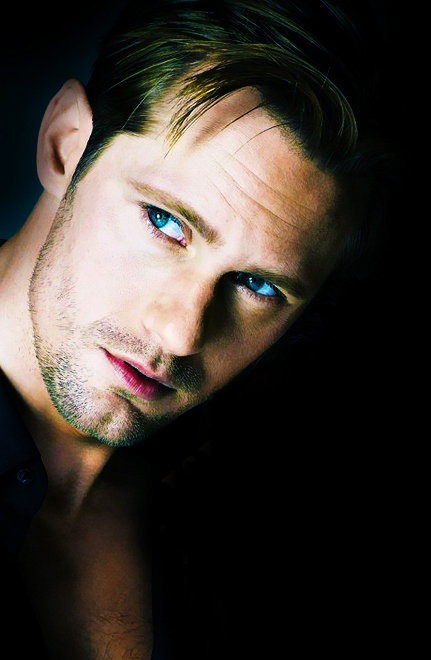 Alexander Skarsgard will celebrate a birthday this week! Alexander will turn 34 on Wednesday 8/25/10. Alexander is blessed to have so many amazing fans and he really appreciates all of the support! He does not need gifts from fans but it would be cool if fans would add their wishes on this page. I will forward them to his management for him to enjoy.

Also working on holding a Skype session online where fans can say their happy birthday wishes. I’ll forward the audio to him as well. It would be fun to see how many different languages we can say them in. Oh and maybe we can try to “sing” in Swedish! I’m sure it will be funny to hear.

The video below has the birthday song in swedish. Start practicing! I’ll post the time for skype soon. 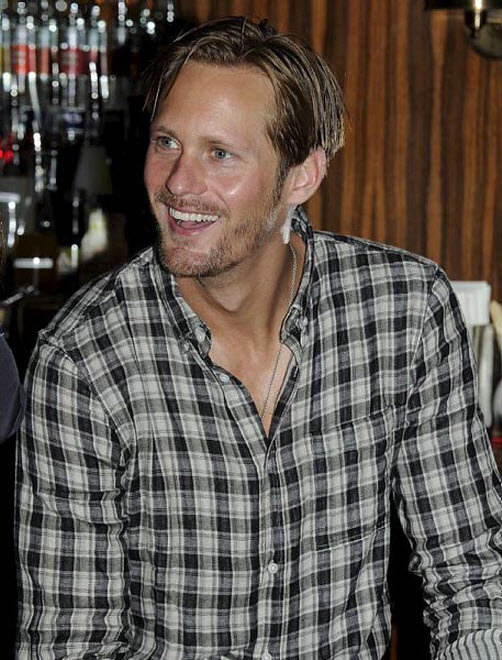 The end for the Battle of the Fang charity contest is drawing near! The totals below show that Team Eric is ahead right now after a big deficit (yay and thanks to all the fans who helped make this possible). However the amounts are so close it is still possible for Team Bill to pull ahead and win!

To make a donation to the Battle of the Fang please click here for page on askarsgard.com

Alexander has donated 2 scripts from True Blood season 3. These will be autographed by Alexander and they also have his personal notes in them. The scripts will be up for auction for fans to bid on and the proceeds will go to the Battle of the Fang contest. SOS Villages is the charity chosen by Alexander for the contest. I will post the link to the auction as soon as it becomes available. A huge thanks to Alexander for doing all of this and also to the site admin of askarsgard.com for arranging all of this!

The scripts are for the following episodes of True Blood: 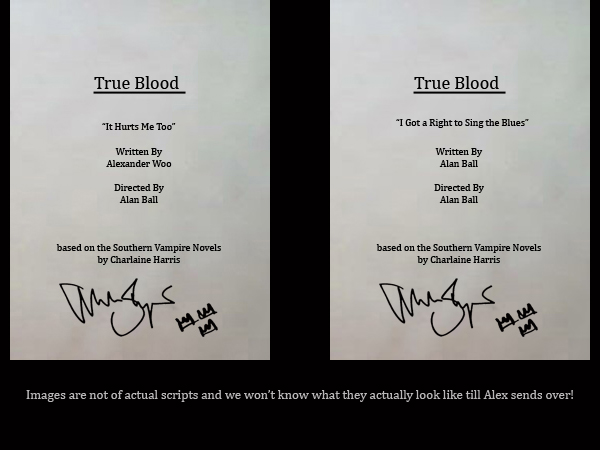 CLICK HERE FOR LINK TO EBAY PAGE WITH LISTING:

True Blood 3 Episode 3 “It Hurts Me Too”

In Sookie’s house, the bullet roars towards the werewolf but Eric jumps in front of it. The werewolf smells Eric’s blood and turns into a man. Eric throttles him and asks who he works for. Sookie shoots him in the leg and then hears him think “Jackson.”

Eric sees the werewolf brand on his neck and takes a big bite out of it, killing him.

Eric digs up a fresh grave to bury the werewolf. Sookie thanks him for saving her life, but she isn’t about to fall for the old “I need your blood to heal” trick again.

Sookie asks him about Jackson. Eric knows it’s where the werewolf lives. Sookie wants to go there tomorrow.

Lafayette is woken up by Eric honking outside in a cherry Porsche. Eric tells Lafayette that Pam’s been under some pressure lately, but the car is his. Eric appreciates that he’s discreet, efficient and has a good network of customers. Lafayette says he’ll think about it.

Russell and his guard returning to the mansion with Sookie and Bill. Russell tells the folks in the room that Bill has “been hiding something interesting from us all,” and Bill immediately rips a post off the stairway and stakes the guard who dissolves into a small pile of goo. He jumps on top of Russell who tosses Bills aside and laughs. Bill asks Eric to take Sookie to safety, but he merely holds her for Russell. Russell orders Bill to the slave quarters and tells Lorena to kill him. He has Sookie sent to the library and goes to tend to Talbot who is upset with the damage done to their home.

In the library Eric is thinking of a plan while Sookie yells at him for not helping her and Bill. He tells her he is “very close to getting something I’ve wanted since I was human.” Russell arrives and sends Eric away. Russell wants answers regarding Sookie’s powers he’s witnessed.

Talbot tells Eric he and Russell have been together for over 700 years. Russell arrives and asks Eric to accompany him on a trip.

In the car Eric tells Russell he feels no attachment towards Sookie. Russell says he feels it is in his best interest to “use” werewolves. The king’s dream is to conquer the planet and tells of a history of trying to limit humankind’s power. Russell tells Eric they are not going to Shreveport but will eventually deal with the Magister.

Russell and Eric pay Sophie-Anne a visit. Eric pins her to the floor and essentially forces her to agree to marry Russell. Eric claims to now be a servant of Russell.

Happy bidding to all!

Oh and as a reminder (not that any of his fans need reminding) this Wednesday 8/25 is Alexander’s birthday! He does not wish for fans to send him gifts but it would be great to send some birthday wishes. I will be posting an entry just for fans to have a chance to do that. Also working on a way to have a Skpye session online and hopefully be able to record and send the link to Alex so he can hear from all the fans. It would be cool to have a few in other languages as well..I know a few of us who have probably learned Swedish by now!