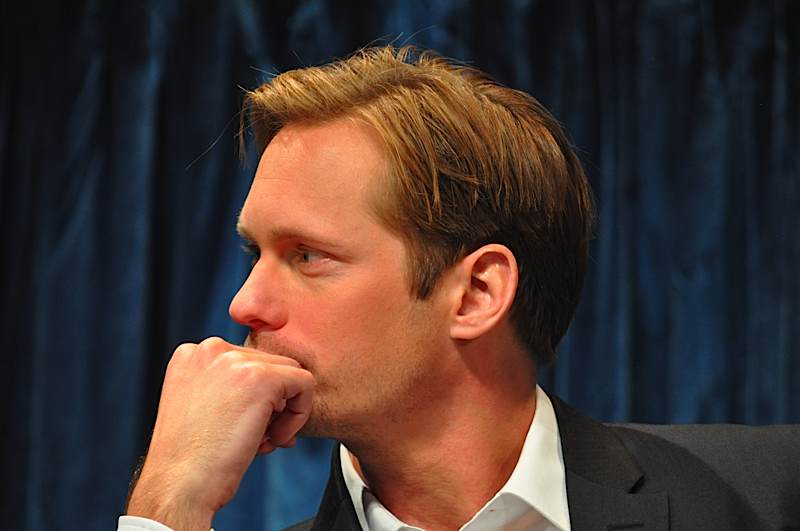 Alexander Skarsgard will star in and produce the film “The Vanguard”. SOURCE:
Warner Bros. has preemptively purchased an epic Viking pitch with “True Blood” thesp Alexander Skarsgard attached to star and, for the first time, produce, Variety’s Jeff Sneider exclusively reports. Project is going under the working title of “The Vanguard,” with acclaimed playwright Chris Boal set to write the script. Story follows the adventures of two Viking warrior brothers who embark on a journey to return to Sweden after being banished to North America. Additional story details are being kept under wraps, but the project, being eyed as a potential tentpole for WB, will in the vein of Best Picture winners “Gladiator” and “Braveheart.” Skarsgard will make his producing debut with “Vanguard,” signaling his rise in stature following his starring turns in Universal’s “Battleship,” Screen Gems’ “Straw Dogs” remake and Lars von Trier’s “Melancholia

We await further details of if/when his project gets the green light from Warner Bros.