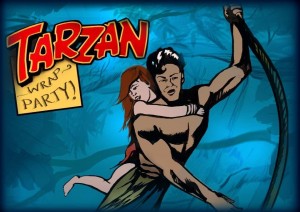 Alexander Skarsgard filmed his role as Tarzan The Untamed at Leavesden Studios, just outside London, from May to October 2014.  The production also used the nearby Royal Windsor Park to replicate the African jungle, and filmed scenes on “blue screen”.

The movie is to be released by Warner Bros on July 1st 2016 in 3D, and is directed by Harry Potter director, David Yates.

Here’s a brief synopsis of what to expect:

“The film will center on John Clayton III (Skarsgard), known around the world as the famous “ape man” Tarzan. Years after he’s re-assimilated into London society, he’s asked by Queen Victoria to investigate the goings-on in the Congo. Tarzan teams with an ex-mercenary named George Washington Williams (Jackson) to save the Congo from a fierce warlord who controls a massive diamond mine”.

Very few photos have surfaced yet from the (top secret) set, but here are a couple from location filming in Windsor Park: 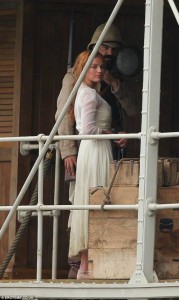 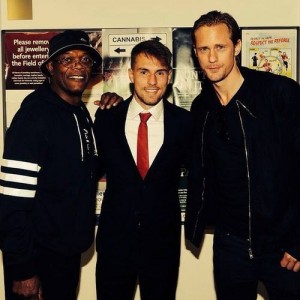 Alexander has also posed with lucky fans backstage on the set. 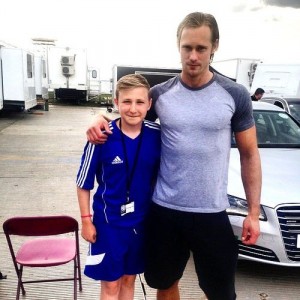 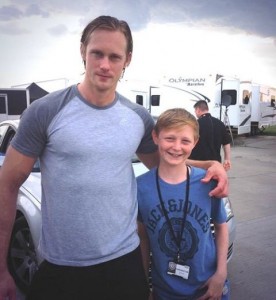 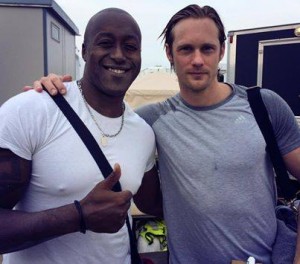 In an interview with “Vulture” in August 2014 Alexander spoke about the movie.

Tell us a bit about what you’re doing in Tarzan.
“I’m playing Lord Greystoke. He lives in England with his wife, Jane. The story is obviously based on the novels, so he was born and raised in the Congo. He starts in England as a very well-adjusted British lord, but goes back to the Congo. It’s there that the adventure begins down. The suit definitely comes off pretty early on in the story. [Laughs]”

MORE DETAILS TO BE UPDATED AS AND WHEN AVAILABLE…..