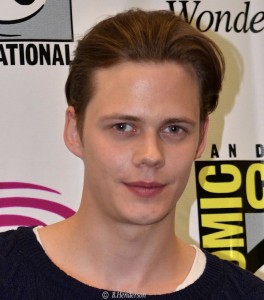 Stephen King’s film “It” is getting a remake. The new version of the film is due out September 2017. Bill Skarsgard will portray the creepiest clown ever “Pennywise”. Tim Curry brought this character to life in the original film. Handsome Bill won’t be showing his great looks in the film for this role. Here is the image of Bill as Pennywise:

Pennywise isn’t terrorizing the “Losers’ Club” in the ’50s like he did in the book. Part one of the potential two-parter is set in the 1980s, but the story still takes place  in Derry, Maine, where all sorts of horrors have occurred. Bill Denbrough (Jaeden Lieberher) is the leader of his gang of pals, and after he loses his brother George, who was killed and had his arm ripped off by Pennywise, Bill and his friends try to find a way to kill the shapeshifter. They won’t ever see Pennywise turn into a wolfman or mummy, though, as the filmmakers have updated his transformations for the film. 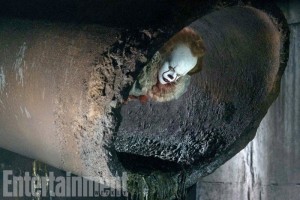