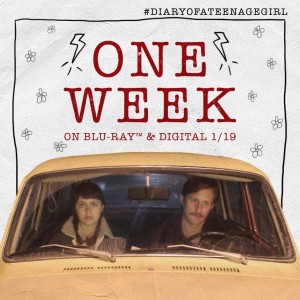 The Diary of a Teenage Girl – due for release on DVD and download in US next week – and already available RIGHT NOW here in the UK – has been gathering more praise at the start of 2016.

Director Marielle Heller has been nominated for Outstanding directorial achievement for a first-time feature film director by the Director’s Guild of AmerIca.

And the movie itself has picked up the Golden Tomato Award for the Best Reviewed Comic Book / Graphic Novel film.