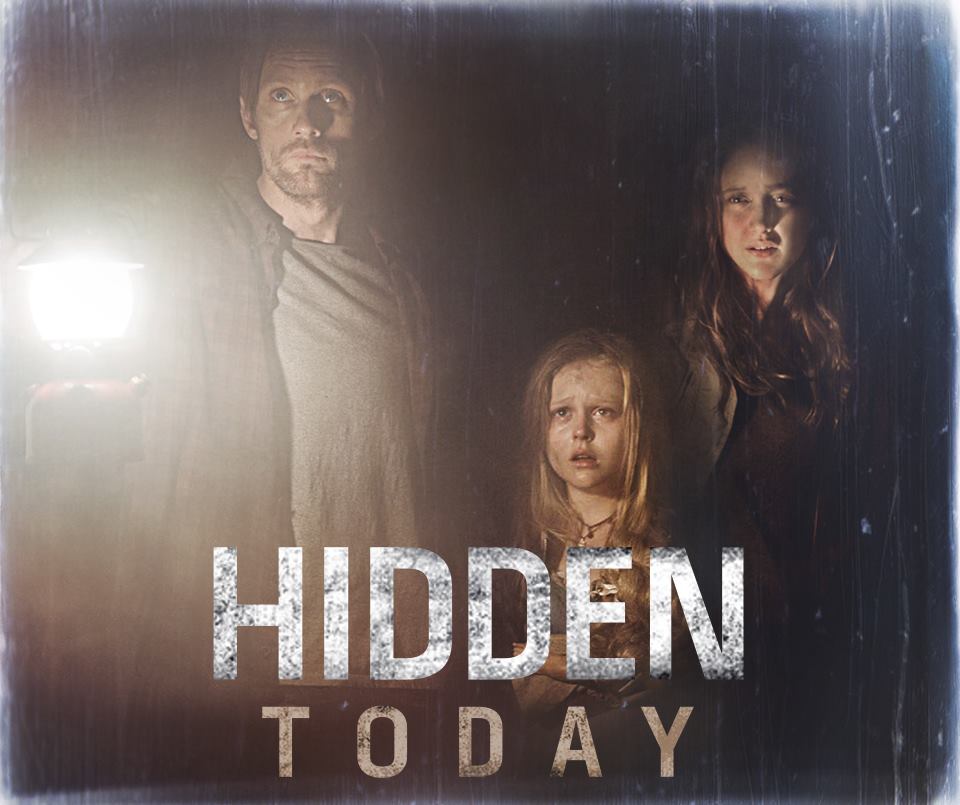 Alexander’s movie “Hidden” is now available on DVD in the US and Canada.

I was lucky enough to see this movie a couple of weeks ago and I really liked it. I can understand why Warner Bros didn’t give it cinematic release but it works well on the small screen.

The basic synopsis is that a family has been hiding out in an old bomb shelter  for several months, but we don’t know who or what they are hiding from. Some information is given in flashbacks throughout the movie, but the audience is left in the dark (you see what I did there?) about the exact details for the majority of the story.

To be honest I didn’t have high hopes, expecting “Hidden” to be some kind of cheap, make you jump, horror rip-off , but it didn’t play out like that at all. It’s a small and intense story of one family’s struggle to survive. It’s sometimes a bit dark and hard to see, not just in the shelter but outside as well, and I’m pretty sure that was intentional in order to make the whole movie as claustrophobic as possible.

Alexander was excellent in it, as was Andrea Riseborough. I’ve seen some complaints about the actress who played their daughter but I thought she was fine. She may not be a stand-out like Onata Aprile (What Maisie Knew) but Alexander proved once again that he is one of the best when acting opposite children. You really believed he could be her father.

I might have said there’s a bit of a twist at the end, but these days it’s more of a twist if there isn’t a twist (if you know what I mean). It’s only 84 minutes long  and I found the way it all ended to be oddly satisfying. Definitely a movie to add to your Skarsgard collection!