Shell announced today it will stop drilling in the Alaskan Arctic. This is a HUGE VICTORY for our movement of 7 million, for every one of us who has fought for three years to stop Shell. Arctic drilling has become a global issue and now big oil has sustained an unmitigated defeat. For three years we faced them down and now the people have won. Please SHARE this post to spread the amazing news, and to tell Shell and all other oil companies to get their hands off the Arctic for good! There’s no doubt that we did this together. Today the incredible Arctic — and the planet — is a little bit safer, and it’s thanks to YOU. But we can’t stop fighting for permanent Arctic protection. The Arctic still faces the threat so Join the movement that is really making a difference and show you will stand for the Arctic for as long as it takes! http://grnpc.org/Ours 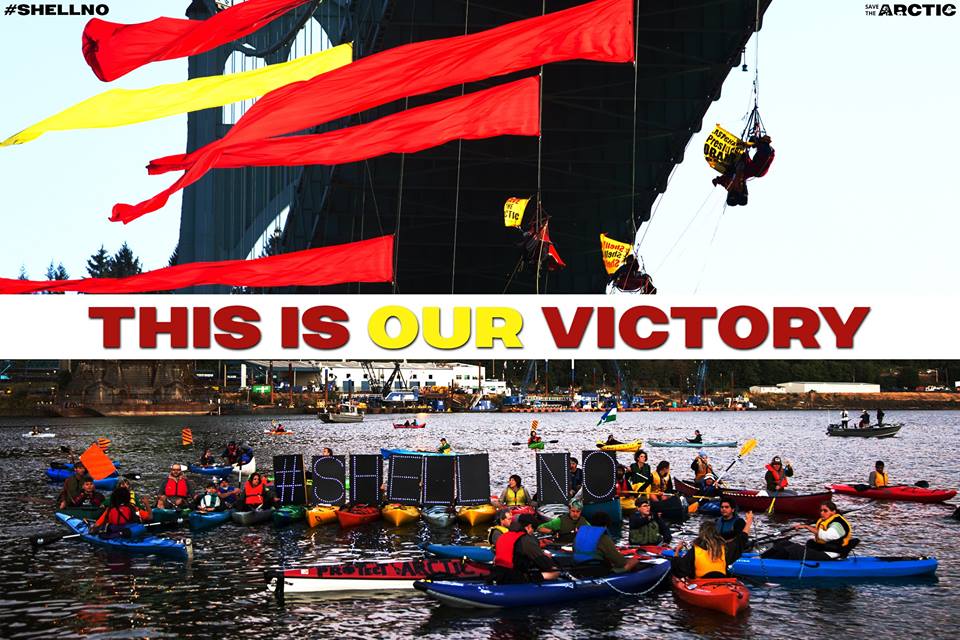