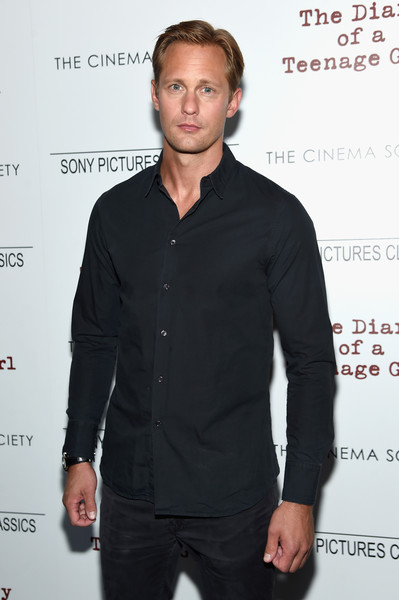 When I watched this movie, I realized how rare it is to see an R-rated coming-of-age movie about a teenage girl.
And when I first read the script, that was what I responded to. Ninety-five percent of the scripts you read are versions of movies you’ve seen before, so it was refreshing to read something where I was like, “I haven’t seen this before, and why have I not?” Being a teenager is fucking weird for anyone, and girls who go through that in movies are depicted as prudish, in a way. They’re like, “Oh, I just want a nice man to have kids with and a nice little house with a white picket fence.” If you’re already young and feeling weird, and that’s the only sort of thing you see portrayed on the big screen or on TV, then you’ll feel even more alienated. It’s refreshing to read a script where the teenage girl is horny and thinks about sex, and not about marriage.

What were you like at that age?
I’d been a child actor till I was 13, and then I quit. I’d done some work that got me attention and people started recognizing me, and that made me very uncomfortable. I just desperately wanted to be normal and average — one of the boys, playing football and hanging out. After a while, because I was growing, people didn’t recognize me anymore. I loved that. I loved that no one knew who I was.

It’s a very teenage impulse to want to blend in. It’s only later that you discover how the things that make you stand out are worth cultivating.
Absolutely. And I felt like back then, I was standing out for the wrong reasons. When you’re that age and a girl looks at you, you want her to look at you because she thinks you’re cute or interesting, not because she’d seen you in a movie. That made it feel very superficial, like, “She doesn’t even know me.” It’s why I felt really uncomfortable around most people.

I would imagine that provided you with a lot of necessary perspective after you decided to get back into acting.
Well, it wasn’t really a break from acting because I wasn’t a child actor in the way that you perceive child actors to be today. I wasn’t this professional, precocious 5-year-old who’d analyze scripts and talk about character development. I had no idea about any of that. I just did it because my dad’s friend was a director and he needed a kid. So when I quit at 13, it wasn’t like, “Mom and Dad, I’m sorry to let you down.” I just said, “I don’t want to do this anymore,” and they were incredibly supportive and said, “Well, then don’t.”

I talk to a lot of actresses who discuss what it’s like to be the only woman on set while making male-dominated movies. InDiary of a Teenage Girl, however, all of your scenes are with women, the director is a woman, and the movie is based on a graphic novel by a woman. Was that an unusual experience for you?
Unfortunately, yeah. I wish it wouldn’t be unusual. It’s definitely about time that we have more female directors in Hollywood. Mari is an amazing filmmaker, and hopefully that will open some doors for other women.

There are some very frank sex scenes in this film …
And we had to start with those scenes, because we only had Monroe’s apartment for the first week! It was very much diving into the deep end, shooting those sex scenes in the first few days.

I bring it up because I’m curious, since you’re someone who shot his fair share of sex scenes on True Blood, whether it felt any different to have someone like Marielle behind the camera.
I think it definitely helped Bel, because it was her first onscreen kiss, let alone first onscreen sex scene. But the three of us had two weeks in San Francisco to work on our scenes and talk about them before we started shooting, and when you know what you’re doing and how each scene fits into the puzzle and why it’s important, then the other stuff doesn’t matter. It doesn’t feel gratuitous or exploitative. But whenever Bel was nervous about it, it was great to have Mari there — someone who was also a teenage girl once, and went through this herself.

Were you at all nervous about the subject matter? Some actors wouldn’t want to play a 35-year-old sleeping with an underage teenage girl.
I was really intrigued by Monroe, actually. I was thinking, How can I make this character not so predatory? Because you make it too easy for the audience if they can just dislike him for the entire movie. For me, it was about how do you find a way in without making him a creep. How do you make him weak and vulnerable, and maybe even likable?

A lot of the time, Minnie seems more mature than he is.
Well, in many ways, he’s a teenager himself. He’s desperately holding onto that, because he’s afraid of growing up and growing old. He’s 35 and in this relationship with a woman, but they’re not possessive. He’s trying to do responsible things and grow up, but he fails it. So he’s got this grand plan and nothing really happens. I thought that was the way to make the connection between Minnie and Monroe real, was that he feels like a 15-year-old boy in those moments, and they’re on the same level. Then there are moments where he’s really weak and confused and vulnerable, and Minnie has to be the responsible one who’s in charge. That was a way for us to try to make their relationship layered and interesting.

Final question: How did you like having a mustache for this movie? I’ve been thinking about rocking one.
Go for it, man. Go for it! Unfortunately, I had to shave it the day we wrapped because I was shooting a project the following day.

I can tell you miss it.
I loved it. You should do the sideburns as well.