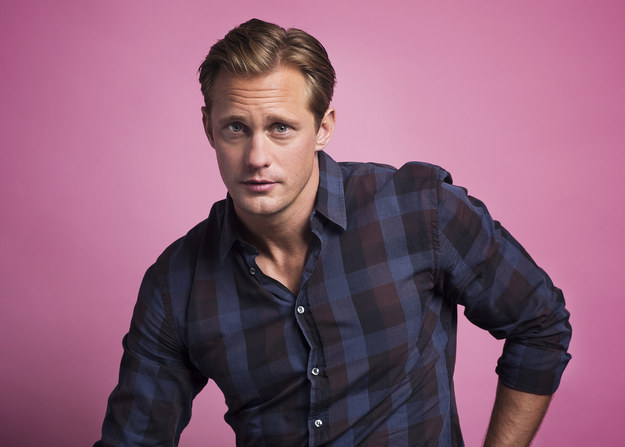 Alexander Skarsgard visited the BuzzFeed office in NYC yesterday and answered the burning question everyone wanted to know………..what was the name of the golden goddess who appeared at the San Francisco Premiere of “The Diary of a Teenage Girl” on Monday?

We asked him why he showed up in drag and what his inspiration was.

“We had a small group and we all became really close, and you know, dear friends of mine. And Mari wanted them to host the screening at the Castro and do a number from The Rocky Horror Picture Show before and do a big fun drag queen after-party. And I just felt, I asked, I didn’t want to be excluded from the fun. So I asked if there was any way I could come in drag, and they were nice enough to say yes.”

“My inspiration was Farrah Fawcett. I said I want something glamorous like Farrah Fawcett. And they went for it. They made this dress, a wig, and fake tits with really nice nipples, and high-heeled shoes. The whole thing.”

And none of this would be complete without his very own drag name.

To which we said, “That’s a lot of name,” and he responded…