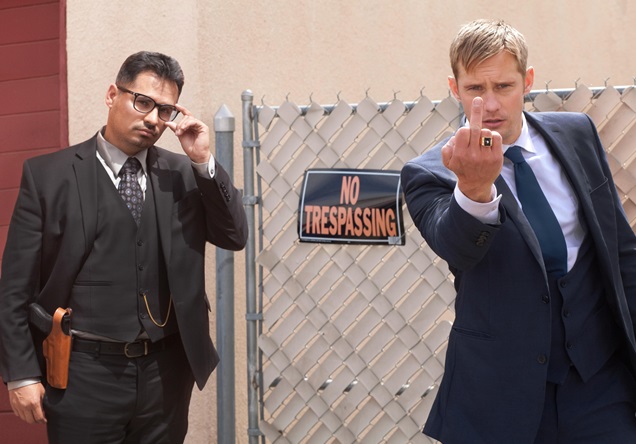 Sony Pictures Worldwide Acquisitions and Icon are among distributors to have swooped on rights to the anticipated title sold by Bankside Films, with the former acquiring for Latin America, Benelux, Spain, Portugal, Scandinavia, Eastern Europe and a handful of other international territories.

Icon Films will distribute in the UK while Icon Film Distribution is to handle in Australia/New Zealand.

McDonagh said: “It gives me great pleasure to declareWar on Everyone with my fellow combatants, Michael Peña and Alexander Skarsgård. We look forward to the battles ahead, and we will go on with a spirit that fears nothing. That’s Homer, by the way.”

The film is produced by Chris Clark (Calvary) and Flora Fernandez Marengo (Calvary) for Reprisal Films, in conjunction with Phil Hunt and Compton Ross for Head Gear Films with the support of the BFI Film Fund.

Behind-the-scenes talent on the film is led by cinematographer Bobby Bukowski (99 Homes), production designer Wynn Thomas (A Beautiful Mind), costume designer Terry Anderson (Jane Got a Gun) and casting by Sarah Finn (Guardians of the Galaxy).

Bankside is co-representing domestic rights with CAA and UTA jointly.