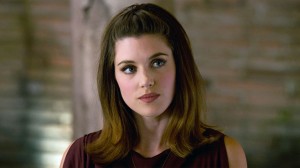 Time for a quick update of some of our favorite True Blood actors.

Eric’s Vampire sibling, actress Lucy Griffiths, is to star in AMC’s pilot Preacher – based on the (very) graphic novel of the same name. We wish Lucy all the best with this, her True Blood character was sorely underused (more wasted potential from a show that ended up being renown for it).

Joe Manganiello has joined his fellow alumni Tara Buck, in the cast of Pee-Wee’s Big Holiday.

Jim Parrack is currently working on the 2016 potential blockbusting movie Suicide Squad along with Will Smith, Jared Leto and Tarzan actress Margot Robbie.

And Deborah Ann Woll is now available on Netflix in the comic book adaptation Daredevil which begins streaming today.