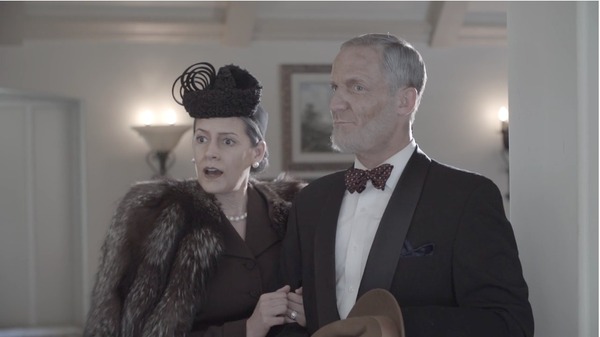 What happens when the entire premise of a superhero’s persona comes waltzing into his living room? Let’s find out together, shall we?

The first episode of the new sketch series, Nerdist Presents, has arrived...as have Batman’s parents! In this hilarious sketch written by Ben Acker and Ben Blacker (creators and writers of The Thrilling Adventure Hour) and directed by Andrew Bowser, the gravel-voiced Dark Knight is surprised to find that his supposedly dead parents are very much alive. Take a seat in Wayne Manor as Thomas and Martha Wayne, played by Marc Evan Jackson and Paget Brewster non-chalantly reminisce about ‘little Bruce’ while Batman…err, The Batman (Mark Gagliardi)…has to grapple with the fact that his entire vendetta is unfounded. Just your average, oops-I-thought-my-parents-were-murdered-so-I-became-a-masked-vigilante, dysfunctional family!

New one-off sketches, videos, and parodies from Nerdist Presents will premiere bi-weekly on Wednesdays, taking on everything from Doctor Who, The Walking Dead, Game of Thrones and more – only on Nerdist.com!