So who do you think that is supposed to be? I say it looks like Russell Edginton. Yes the big bad vampire King from True Blood.

Denis is also on the CBS show “The Good Wife” but I’m not sure that is his look from that show. (his hair is much shorter on The Good Wife). Russell Edginton made quite an impression on True Blood when he made a surprise appearance on the news program (screencap below). He is due to return in the fifth season of True Blood. I know I can’t wait to see what mayhem he causes this season! 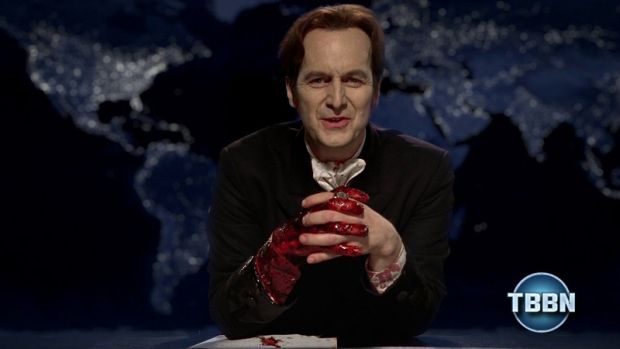