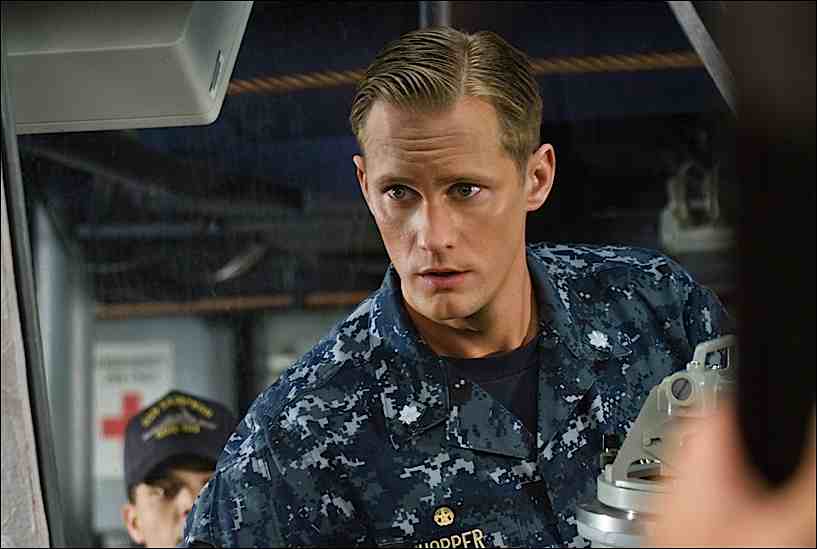 Peter Berg’s film is not due out until 2012 but we now have a second video trailer for the film “Battleship”. Alexander Skarsgard plays the role of Stone Hopper in the film. The trailer does include Alex in his role and yes he actually says something in this one (ok only a few words but at least we can hear him) Click on READ MORE for the video UPDATE: added caps from the trailer showing Alex’s character.