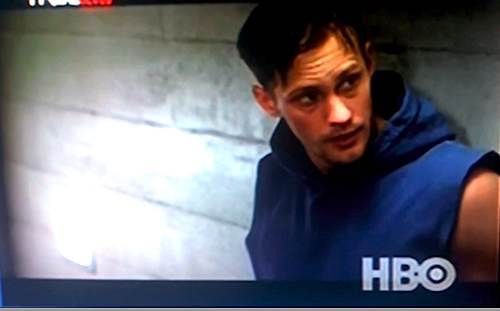 Does anyone else think that the hidey hole that Eric Northman built looks a lot like the holding cells that King Bill has at his home? 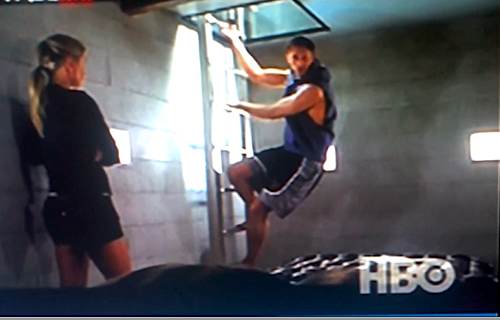 Yes I know it is just cinderblock a common building material (ok and fire proof). Another similarity I noticed was in the screen cap below that shows King Bill with Marnie-notice the walls and even some of the lights. The scenes are lit differently so they cast a different hue.

Added the following cap from the Alan Ball intro video. It shows Marnie in the “holding cell” above . I do believe we have a snippet of Marnie “controlling” a vampire: 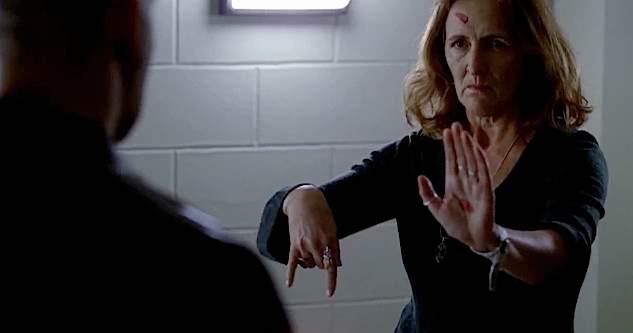 This cap from the newer promo with Sookie showing Eric where his hidey hole is shows the walls are very similar. Of course it all could be just a coincidence.

We will find out soon enough during the season. It would be very interesting if King Bill would have some type of underground tunnels that go from his home to Sookie (ok it belongs to Eric now). We did see Bill dig himself underground to stay safe during the day in prior seasons so who knows.

The other item I wondered about was why did Sookie reveal Eric’s hidey hole to Tara who was visiting Sookie. That is a huge no-no to reveal a vampires resting place. Especially to Tara who is shown later trying to Stake Eric. Luckily it does look like the hidey hole has locks from the inside.

Alan Ball has started off the season running and fans have been all a tizzy with the new episodes and yes even more spoilers. Waiting sure has sucked but it was well worth the while.