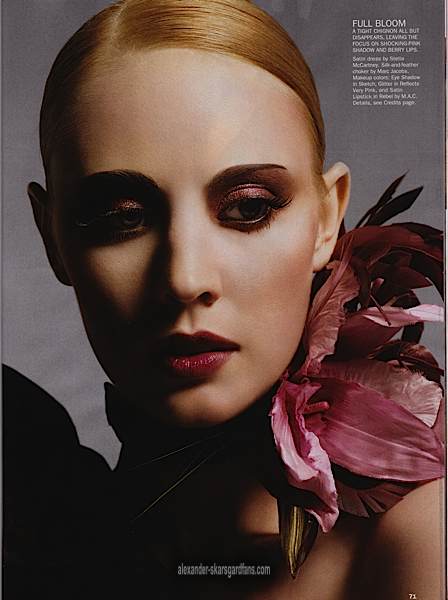 Deborah Woll was featured in the January 2011 issue of Allure Magazine. The images in the gallery below are from the interview and photoshoot for Allure Magazine. This issue featured the value of a good makeover and how it can play up to your best features. Deborah has had to alter her appearance for her role on True Blood. In the interview she says “I used to be insecure about my fair skin, especially my legs-because that is a lot of white”. The photographs of Deborah are amazing!  The issue is well worth a read. Loved seeing Deborah Woll in the many looks!

Each of the images for the photo shoot relate to a stage in makeovers. 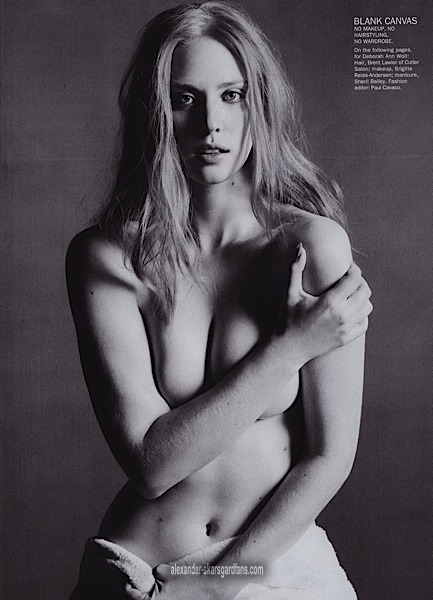 In the first one named “blank canvas” (shown above)she appears with no makeup, no hairstyling and yes no wardrobe! 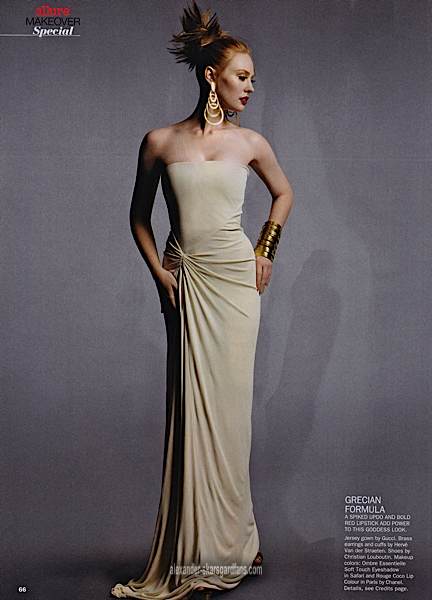 The second image is titled “Grecian Formula” where she is shown wearing a spiked updo and bold red lipstick. Fun to see our baby vamp Jessica dressed as a goddess!

8 thoughts on “Deborah Woll: Interview with a Vampire Jan 2011 Allure”