YOUTUBE ORIGINALS “ORIGIN” and “IMPULSE” TO BE FEATURED AT
SAN DIEGO COMIC-CON; WILL PREVIEW EXCLUSIVE FOOTAGE FOR FANS AT PANELS ON JULY 19

WHAT:
YouTube Originals will host panels for two of its biggest dramas at San Diego Comic-Con on Thursday, July 19, 2018. The panels will feature the critically-acclaimed drama, IMPULSE, and the highly anticipated series coming this fall called, ORIGIN.
END_OF_DOCUMENT_TOKEN_TO_BE_REPLACED 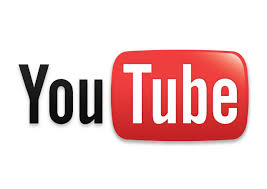 In celebration of the super day, YouTube conducted a keyword search for the most popular superhero ever on the site.

Batman wins with more than 3 billion views of 71,000 hours of video! Check out the top ten list at: http://youtube-trends.blogspot.com/2013/08/batman-wins-youtube-our-top-10-most.html

New videos will be posted throughout the week and some highlights to check out today include:

TOP 10 MOST HAUNTED PLACES in the USA from BlackBoxTV

“The Sidecar” starring SNL Bobby Moynihan: The Death of Blu-Jay Episode from Above Average

“What if Batman Drove a Nissan?”  from Fast Furious and Funny

Check out www.youtube.com/geekweek for more programming!

During the first ever YouTube Geek Week (August 4-10), more than 100 of the top YouTube channels will unveil amazing new videos and all-new series premieres, as well as some pretty creative YouTube collaborations to help fans everywhere discover their ‘inner geek.’ Each of the days will have a special theme with specially curated content such as “Blockbuster Day” with host Freddie Wong and “Super Day” with Stan Lee’s World of Heroes channel. For more information, please visit www.youtube.com/geekweek.

So what are some of your favorite Youtube channels to get your geek on?