WHAT: Voice-over stars and co-creators of Crackle’s Emmy-nominated stop-motion animated comedy series, “SuperMansion” will be bringing the fun to WonderCon discussing all things season three!

In the all-new season premiering this Spring on Crackle, the lunatics get the keys to the asylum when Dr. Devizo (Chris Pine) is declared a hero after “saving the world” at the end of last season. He and the Injustice Club are all made honorary members of the League of Freedom. The heroes and villains must learn to live and work together if they’re going to combat the never-ending amount of evil in the world.

WHAT: Legion M:How the Power of Fandom is Changing Hollywood

WHO: Join Legion M’s co-founder Paul Scanlan, COO Terri Lubaroff, head of development David Baxter and moderator Dave Elliott (A1 Comics) as they discuss how the world’s first fan-owned entertainment company is giving fans a first-ever chance to invest in films and television, and truly be a part of Hollywood and change the way entertainment is made.

The company’s executives will reveal exciting new television and film projects being developed by Legion M. Some of its development slate includes projects from Legion M members who have joined forces with the company to turn their Hollywood dreams into reality.

END_OF_DOCUMENT_TOKEN_TO_BE_REPLACED 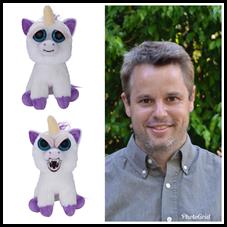