A new clip for True Blood episode 59 “A Very Expensive Meal” was released by HBO today. This one does not bode well for Russell and Newlin! 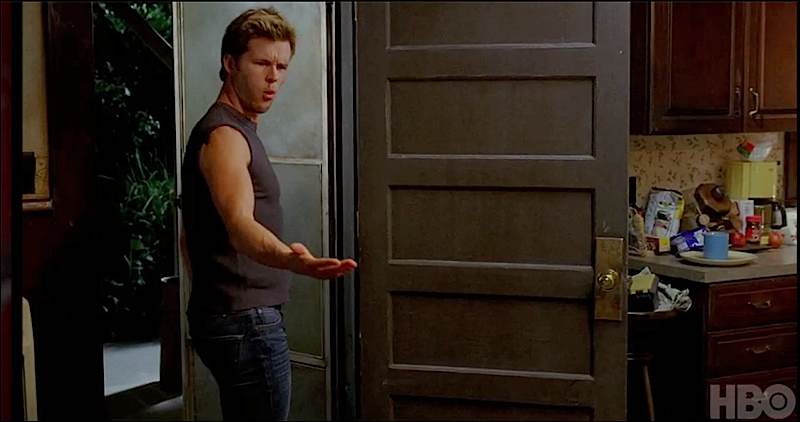 HBO posted a higher quality video trailer 2 for True Blood season 5. Video and screencaps below.  SPOILERS don’t look unless you want spoiling. We get to see Russell Edginton post un-cementing and a few other interesting scenes!

A huge thanks to Michael Coehlo for putting together the video below. He made this for the 2011 TCA Spring panel and it covers scenes from the first 9 episodes for True Blood. Enjoy!

A few  new video trailer for episode 4.03 “If You Love Me WhyAm I Dyin”. This one features Tara and Lafayette discussing Eric Northman.

This one features King Bill issuing some punishment for a vampire-yes finally this is the “true death” wording we hear Bill Compton say. (led to many speculations)

It is no surprise to True Blood fans that season 4 will be the “season of the witch”. Yes there will still be vampires but the witches will add to the supernatural mix of vampires, weres and shifters (oh my). This entry is a major SPOILER containing images and text that may spoil for some fans. So if you don’t want to know, don’t read on!  The teaser trailers have shown us the coven and the season premiere synopsis states:

Episode #37
“Sheʼs Not There”: Sookie journeys away from Bon Temps; Eric and Bill try to win back the human public; Jason learns that no good deed goes unpunished; Tara finds refuge in close quarters; Sam bonds with his own; Hoyt and Jessica debate the dinner menu; Jesus urges Lafayette to join a coven; Terry tries to alleviate Arleneʼs fears about the baby. (Written by Alexander Woo; directed by Michael Lehmann.) Playdates: June 26, 28 and 29

Right out of the starting gate Alan Ball will have True Blood fans heads spinning from all the action. LaLa in a coven and Arlene still with that baby still in the oven! Some of the waiting sucks trailers and prior videos released by HBO for True Blood’s fourth season have already shown us some of the action in the season premiere. Here are some of the items I believe we have been teased with already. I will be discussing the following items in this entry. The others will be discussed in a later post. I did not want to make this entry turn into a long novel.

2. Sam bonds with is own

1. Sookie journeys away from Bon Temps

This one is no surprise where Sookie may be in her “journey away from Bon Temps”. We have seen glimpses of where she zapped to at the end of the season 3 finale several times:

We see the final moments of True Blood’s season 3 finale where Sookie is shown reaching out to Claudine’s hand and then is “zapped” away from Bon Temps. (thumbnail image above). In the image it almost looks like there is a doorway/portal shape right before the bright glow of light disappears. We also have several images of Sookie walking in the oddly colored “place”. The screen caps for this trailer may be found here and there are several of Sookie looking quite amazed by all that she sees.

We see Sookie entering a door way and the coloring changes drastically in the “Here we Come” Spring trailer HBO aired. The screen cap images are here: Plus we see her walking on a rose petal covered path and being led by Claudine.

2. Sam bonds with his own

In the second waiting sucks video Sam is shown at Luna’s house. Luna says how her ex was a were-wolf.  This video is supposed to be for episode 4.04. Based on the season 4 premiere episode synopsis Sam may be bonding with other shifters including his brother Tommy. In the season 3 finale we see Sam pointing a gun and shooting the gun but we do not see if he hits the intended target .(ie Tommy-who stole the money from Sam’s safe). Luna’s character is slated to be a shifter according to casting call for episode 4.01.

I wrote about some of my speculations on Luna and her ex in this entry Spoilers and Speculations with Casting Call twists. In the “Spring” here we come video we several images of Sam. We see him walking at the very beginning of the video to his office (where he discovers that the safe has been broken into). This was action from the Season 3 finale. Later in the same video we see Sam driving to find the robber who he knows is Tommy.

Tommy is also shown in the Spring here we come trailer: The season 4 premiere will hopefully include the resolution of this conflict between the brothers. Hopefully the “bonding” with his own will mean that he and Tommy can heal the break in trust we saw in the season 3 finale. 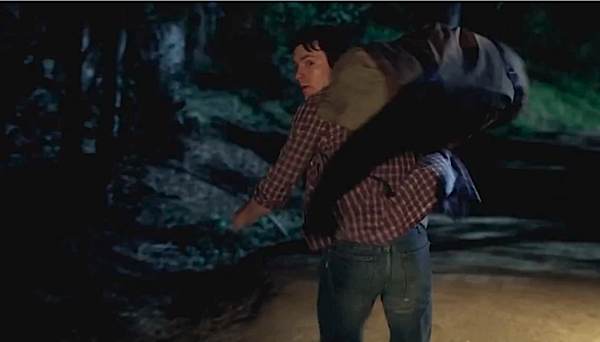 Perhaps Tommy goes back to his old ways and resumes “cage” fighting and goes up against the Naomi character I referenced in that link. Sam may need to go and save his little brother from the big bad she-wolf. The casting call for Naomi states it is for episode 4.01 so I feel we will be seeing some more gut wrenching fighting scenes. 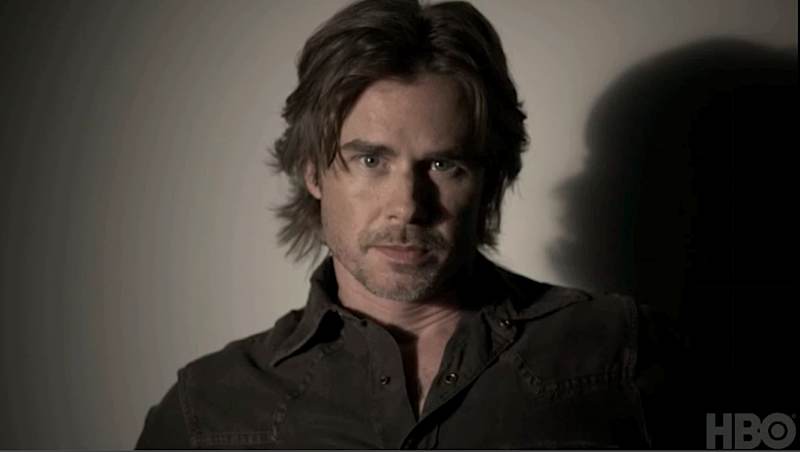 Photo Credit: © 2011 HBO Screen Test cap. Sam in some deep thought. Does that dark shadow he cast give us a clue of something ominous on the way?

In the recent “Screen Test” video we see Sam looking directly into the camera but there is a bit of a darker edge to his gaze. Will Sam have to make some very difficult choices this season regarding his brother? Will he find some luck finally in the romance department or will his involvement with Luna cause him even more heart ache?

In the  “Invitation to the Set” video we see a store “Moon and Goddess Emporium” and Jesus and Lafayette can be seen entering the location. We see a group sitting on the floor in a circle. Holly and another woman (who I think is the character “Daisy”) are seen talking to them .   This is probably the first time Lafayette meets Jesus’ coven. I’ve posted on this in a prior entry titled “Invitation to the set Deeper Clues” Here are a few of the images that were shown in the “Invitation to the Set” video that look like they will appear in the Season 4 premiere:

Jesus and Lafayette walking into "Moon and Goddess" note the door

Close up on the door behind Jesus at the Moon Goddess Emporium UPDATED--Looks like Daisy from casting call for ep.4.1 is to his right!

Jesus revealed to Lafayette that he was a “brujo” a with in Season 3 and it looks like Jesus will be helping Lafayette get a handle on his powers. After a V induced “trip” it seems that Lafayette opened up some inner powers that were causing him to have disturbing visions. Hopefully Jesus will be able to help Lafayette but it also looks like Jesus is a bit worried.
In  the Invitation to the Set video  I saw a  look of apprehension in Jesus’ face when he is in the circle with the others at Mood Goddess Emporium. Why is Jesus so worried? If it is indeed Jesus who brings Lafayette to this  coven why is he so worried ?Is  his apprehension due to not trusting Marnie and the outcome in their particpation in the ceremony? Even Holly seems to be unsure of this additional element to their group. I noticed also that the synopsis says “a coven” not HIS coven. Perhaps Jesus does not belong to a formal coven in Lousiana (a free lance witch?)

Jesus looks worried to be taking part in this ceremony/(perhaps a seance?)

Photo Credit: © 2011 HBO Invitation to Set cap. Holly is shown in a circle at the Moon and Goddess emporium. She looks a bit worried.

When I saw the “Screen Test” video this past weekend the images of Nelsan as Lafayette also lead me to wonder if they will have his character be a powerful witch who might have a bit of a darker edge? The look on his face below do not  seem to be a “happy go lucky old La La” to me.  Are we getting a bit more of the dark side of his “power”? Will somehow Lafayette be under the influence of a stronger witch? All questions that hopefully will be answered sometime during season 4!

HBO has kept fans waiting impatiently for the new season of True Blood and all the teaser videos, waiting sucks, Invitation to the set, Moments, Spring, and Screen Test videos only add to the anticipation. These videos have given us glimpses and clues into just what we might be viewing for the upcoming season of True Blood. Just don’t forget to keep your eyes open. If you blink you just might miss a clue or two.

Audrey is really one of Pam’s makers.

The video from Emmys.com can be found on their site here:

Emmys.com “Insider’s View: The True Blood  Wardrobe Department”  taped Audrey Fisher, costumer designer for True Blood while doing a fitting for Kristin Bauer (aka Vampire Pam).  It was fun to see the process where Audrey works to fit Kristin (an amazing and beautiful lady) for an episode of True Blood. Based on the outfit she is wearing it looks like it was for Season 3 of True Blood.   (image above)

I would love to see the dresses they were talking about in this video. Audrey mentions that there is a desinger in Finland who has “spider web dresses”. That sounds a lot to me like the outfit she is wearing in the “Waiting Sucks video 5: Pam” the screen cap below: (my guess of course)

Yes waiting sucks but we have a new video to enjoy. This one features Bill Compton and yes Eric Northman (yay). enjoy!

Waiting Sucks: Bill
The gallery below contains screen caps from the video above.
[nggallery id=187]