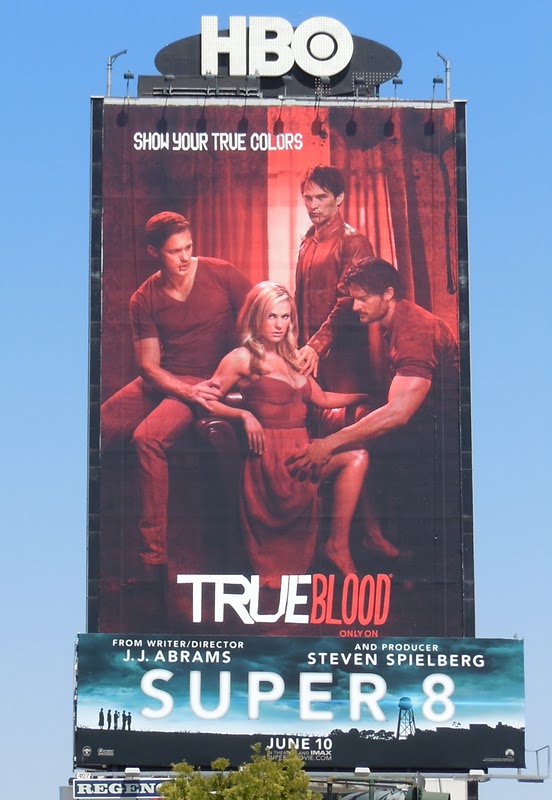 Waiting Sucks but now True Blood fans can take a look at the new season 4 billboard on Sunset Boulevard in Los Angeles! The billboard features one of the “show your colors” posters with Anna Paquin surrounded by the trio of men-Alexander Skarsgard (as Eric Northman), Stephen Moyer (as Bill Compton) and Joe Manganiello (the werewolf Alcide Herveaux). The new season of True Blood will premiere on June 26, 2011.

Don’t forget to check out the HBOGo feature on Sunday for more of the season 4 promos.

SOURCE: on the side of the 9000 building along Sunset Boulevard in West Hollywood.