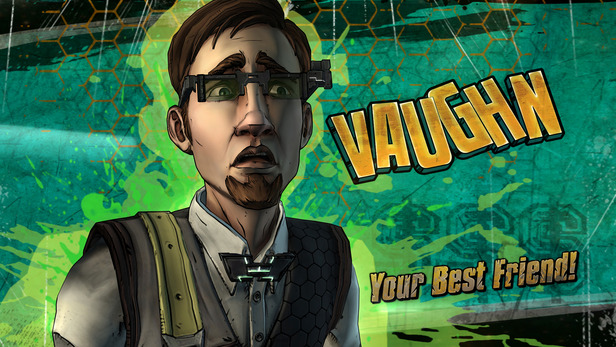 Nerdist founder Chris Hardwick and Star Wars: Clone Wars’ Sam Witwer will join the cast of ‘Tales from the Borderlands’ as best friends ‘Vaughn’ and ‘Rhys’

Plus: Nerdist team will square off in Evolve tournament at E3 Expo

June 5, 2014, Burbank, CA — Breaking: Chris Hardwick and Sam Witwer will be joining the cast of the upcoming series ‘Tales from the Borderlands’ from Telltale Games and Gearbox Software in partnership with 2K Games. Chris joins the main cast in the role of ‘Vaughn,’ best friend of ‘Rhys,’ played by Sam Witwer, as the two Hyperion workers venture to the desert world of Pandora in search of a mysterious vault key. The cast will also include the talents of other actors such as Nolan North, Nerdist podcastfavorite Patrick Warburton, and multiple members of the cast of the ‘Borderlands’ series including Dameon Clarke. END_OF_DOCUMENT_TOKEN_TO_BE_REPLACED