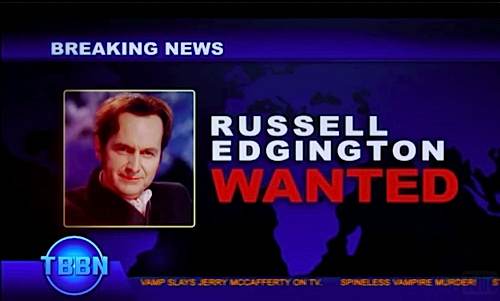 The video trailer below is from HBO showing scenes for the second half of season 3. I also added some screen caps to the gallery below. One question I would love to know what are they doing to Eric Northman! It looks like this is the scene when Nan Flanigan goes to Fangtasia to see what has happened to the Magister.