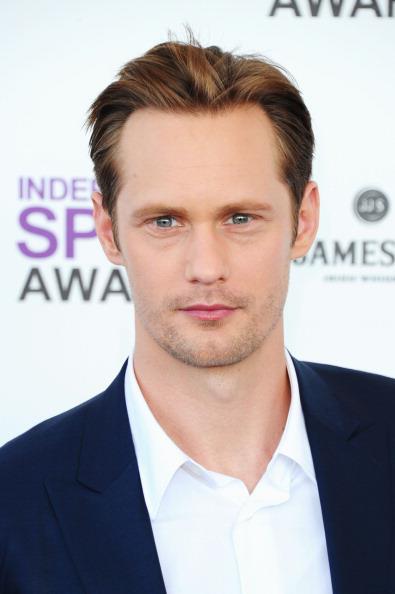 Alexander Skarsgard arrival on the purple carpet for the Spirit Awards was captured on video below:

This page has images from the arrivals for this award show link here:

Melancholia is nominated for  Best International Film in the “Spirit Awards”. The awards ceremony was held today 2/15/12 in Santa Monica. The images in the gallery below are from the red carpet arrivals.  Click on READ MORE for full list of nominees: There is also a live-stream video of the arrivals.

UPDATE: Here’s a photo of Alexander Skarsgard and his brother Gustaf:

END_OF_DOCUMENT_TOKEN_TO_BE_REPLACED

Marlow Stern of “The Daily Beast” recently interviewed Alexander Skarsgard. They chatted about Melancholia, True Blood and more. An excerpt of the interview is below. For the full transcript please click here: The Daily Beast

When Sookie Stackhouse, the protagonist of Charlaine Harris’s The Southern Vampire Mysteries series of novels, first lays eyes on the chiseled, naked body of Eric Northman, she remarks, “if there were an international butt competition, Eric would win, hands down—or cheeks up.”

On the hit HBO series True Blood, adapted from Harris’s books, Northman, a vainglorious Viking-cum-vampire, is played with great panache—and frequent nakedness—by Alexander Skarsgard, a blond, 6-foot-4 actor whose slight bags under his eyes only seem to augment his power to “glamour,” or hypnotize. The hunky role isn’t too much of a stretch for Skarsgard, who was voted “Sweden’s Sexiest Man” five times in a row, much to his actor-father Stellan’s chagrin.

“He pushed me off that throne and I’ll never forgive him,” the elder Skarsgard told The Daily Beast. “I was Sweden’s sexiest man once and then my son comes and becomes it five times in a row just to show Daddy.” CLICK ON READ MORE for more of the excerpt: END_OF_DOCUMENT_TOKEN_TO_BE_REPLACED 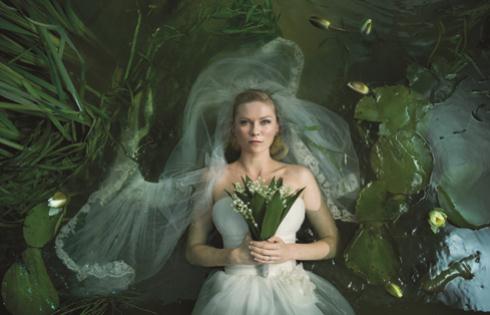 Melancholia will be screened during AFI Film Fest in Los Angeles. Alexander Skarsgard, Kiefer Sutherland and Kristen Dunst star in this film from Lars von Trier. The film will be screened on 11/6/11 at the Egyptian Rigler at 8:30 pm and at the Chinese 3 on 11/8/11 at 3:15 pm. CLICK ON READ MORE: END_OF_DOCUMENT_TOKEN_TO_BE_REPLACED 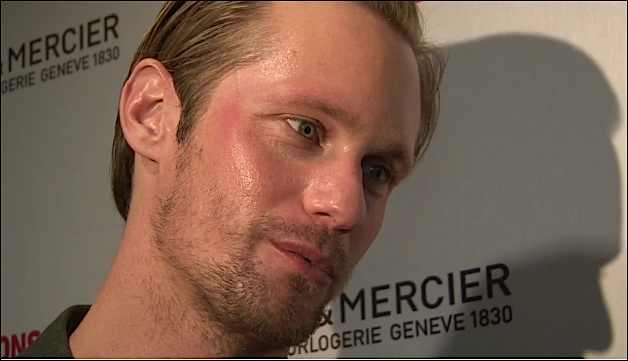 Alexander Skarsgard attended the Melancholia premiere at the Hamptons International Film Festival last night. Here is their video from the red carpet:

More images of Alexander from the premiere are found here: SOURCE:   Page added to site linked here with full gallery of images:

Travis Keune reviewed Lars von Triers’ film “Melancholia” which was featured at Fantastic Fest. Alexander Skarsgard has the role of Michael in the film. Here is an excerpt of his review:

[box] Writer and director Lars von Trier has shared his own personal experience with depression with the public, so its not surprising that his newest film, MELANCHOLIA, is such a strong representation of what that experience could be like. The auteur filmmaker revealed in an interview accompanying the screening of the film that MELANCHOLIA is not a story of his own account with the condition, but rather that his experience clearly helped him in telling an honest, accurate story two sisters, dealing with two distinctly different types of depression.

One thing MELANCHOLIA certainly succeeds at is dividing its audience, but Lars von Trier has a history of making films that do just this. Generally speaking, his films are either hailed as visionary masterpieces or criticized as pretentious, boring and self-indulgent. My experience lies very much in the center for virtually each of his films, and this one is no exception. I found myself compelled by the intensely accurate portrayal of a character living with depression, and the extraordinary cast as a whole, but also felt the film runs a bit long, which will lessen the impact the film can have on many viewers. Structurally, MELANCHOLIA is split into two parts, each chapter titled with character’s name whose point-of-view drives that chapter.

Part One – Justine (Kirsten Dunst) is an attractive, successful advertising copywriter who is about to get married to Michael (Alexander Skarsgard), the man of most womens’ dreams, but despite her best efforts, her crippling fight with depression overwhelms her. Partially triggered by he mean-spirited mother Gaby (Charlotte Rampling), her emotionally unavailable and playfully immature father Dexter (John Hurt) and her asshole boss Jack (Stellan Skarsgard), Justine has a sever breakdown that leads to a soul-shattering lever of personal disaster that would send anyone into a deep abyss of self-loathing. The difference, however, is that Justine’s depression is clinical and beyond her control, an experience so many people suffer daily. Much like those in real life, Justine’s family is less that supportive, even down right dismissive, except for her sister Claire.[/box]

For the full review please visit We Are Movie Geeks link here:

Alexander Skarsgard and Kiefer Sutherland were interviewed by DP/30 during TIFF. The video below has that interview. They discuss their film “Melancholia”. 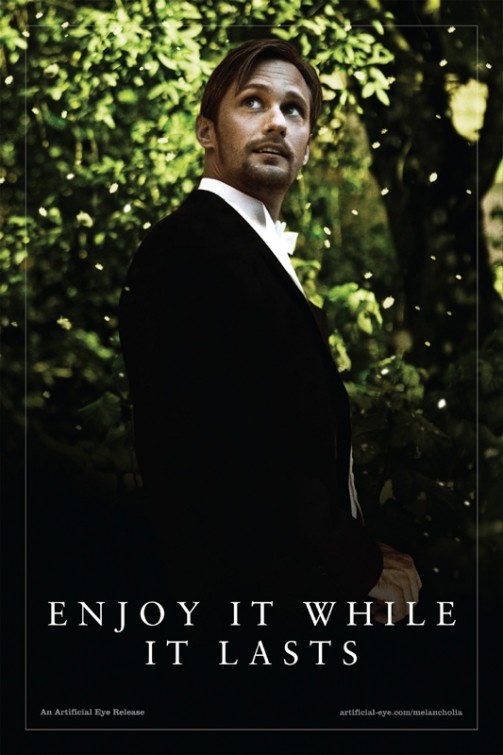 END_OF_DOCUMENT_TOKEN_TO_BE_REPLACED

Vanity Fair sat down with Alexander Skarsgard during TIFF.  Click on READ MORE for the video: END_OF_DOCUMENT_TOKEN_TO_BE_REPLACED