Fannibals Gets a Long-Awaited Glimpse of the Hannibal Cast and Crew,
Courtesy of Nerdist House 2020

Burbank, Calif. — June 26, 2020 – Bryan Fuller broke the news on his Instagram yesterday, and today, Nerdist announces the release of a long-awaited Hannibal reunion, set to air at 10 am PT on Nerdist’s YouTube Channel and will simultaneously stream on the Geek & Sundry YouTube Channel and Geek & Sundry’s Twitch Channel, where fans can join live chat with cast and crew from the show. The event kicks off Nerdist’s planned virtual panel series Nerdist House 2020. Expect more details and exciting announcements on that shortly.

Fans who submitted questions using the hashtag #AskHannibal may hear their questions asked and answered. Once the panel airs, it will be available as VOD on all three channels, but fans who want to chat with each other and with the Hannibal cast and crew will want to tune in on July 11 at 10 am PT. It’s a perfect prelude to a Hannibal rewatch, now that the series is on Netflix. 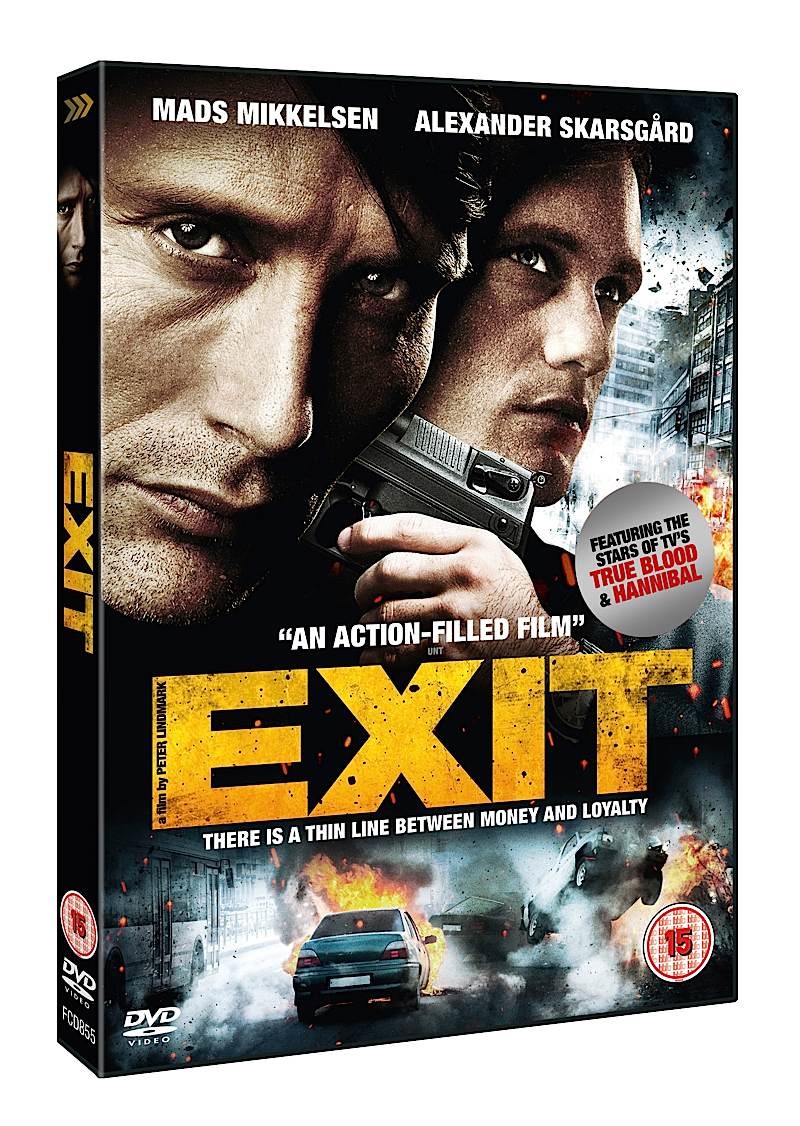 The DVD for the film “Exit”was released in the UK on 7/8/13/  The film features the stars of True Blood and Hannibal. Press release is below:

Set for release on Monday July 8th, EXIT can be pre-ordered now by clicking here. Directed by Peter Lindmark, EXIT is a tense and exhilarating Swedish thriller surroundingThomas Skepphult (Mads Mikkelsen), a wealthy investor at the peak of his career.

On the cusp of securing one of his biggest and most lucrative deals, which will see he and his fellow partner sell their stake in a rival firm, Thomas seems to have it all – a beautiful wife, Anna (Kirsty Torhaug), a lovely daughter, Ebba (Johanna Dickson), an expensive villa by the water and a financially secured future. Just before the deal is to complete, Thomas’ partner and mentor William is found brutally murdered, and Thomas is named as the prime suspect. Due to the financial incentive, and a harrowing link to the murder weapon, Thomas must embark on a desperate campaign to protest his innocence and protect his family, eliciting the help of two closely trusted allies.

Thomas learns that when things go sour in the upper echelons of the corporate world, and a way out is not for sale, the wealthy and powerful must summon the same raw survival instincts as the common man.

Reminiscent of films like The Fugitive, EXIT is a gripping action thriller brimming with surprising twists and turns. Notably strong performances include Alexander Skarsgård as Fabian von Klerking, Thomas’s faithful associate; and Samuel Fröler as the psychotic and menacing villain, Morgan Nordenstråle.

Mads Mikkelsen once again combines high drama and action convincingly, proving his worth as arguably the best Nordic actor of a generation. Stylish Swedish production and excellent performances make EXIT a must-see for UK Scandi-philes looking for their next fix!

The massive UK success of subtitled television dramas such as The Killing and Wallander paved the way for many more top Nordic shows and feature films to find an emphatic audience in the UK.

The recent box office successes of Nordic feature films The Hunt (Also starring Mads Mikkelsen) A Hijacking (starring Borgen’s Pilou Asbæk) and Love Is All You Need (from director Susanne Bier) has inspired Arrow to bring some of the best Scandi films from recent years direct to UK living rooms via the home entertainments market.

Such is the enthusiasm of the British public for all-things-Scandi that Arrow recently held the UKs first ever expo celebrating Scandinavian crime & thriller fiction & film. Featuring the very latest Nordic film & TV programmes, specialist Scandi food & drink, a host of other activities, and the chance to meet some of genre’s biggest stars, a great time was had by all and there are hopes that it will be an annual event. 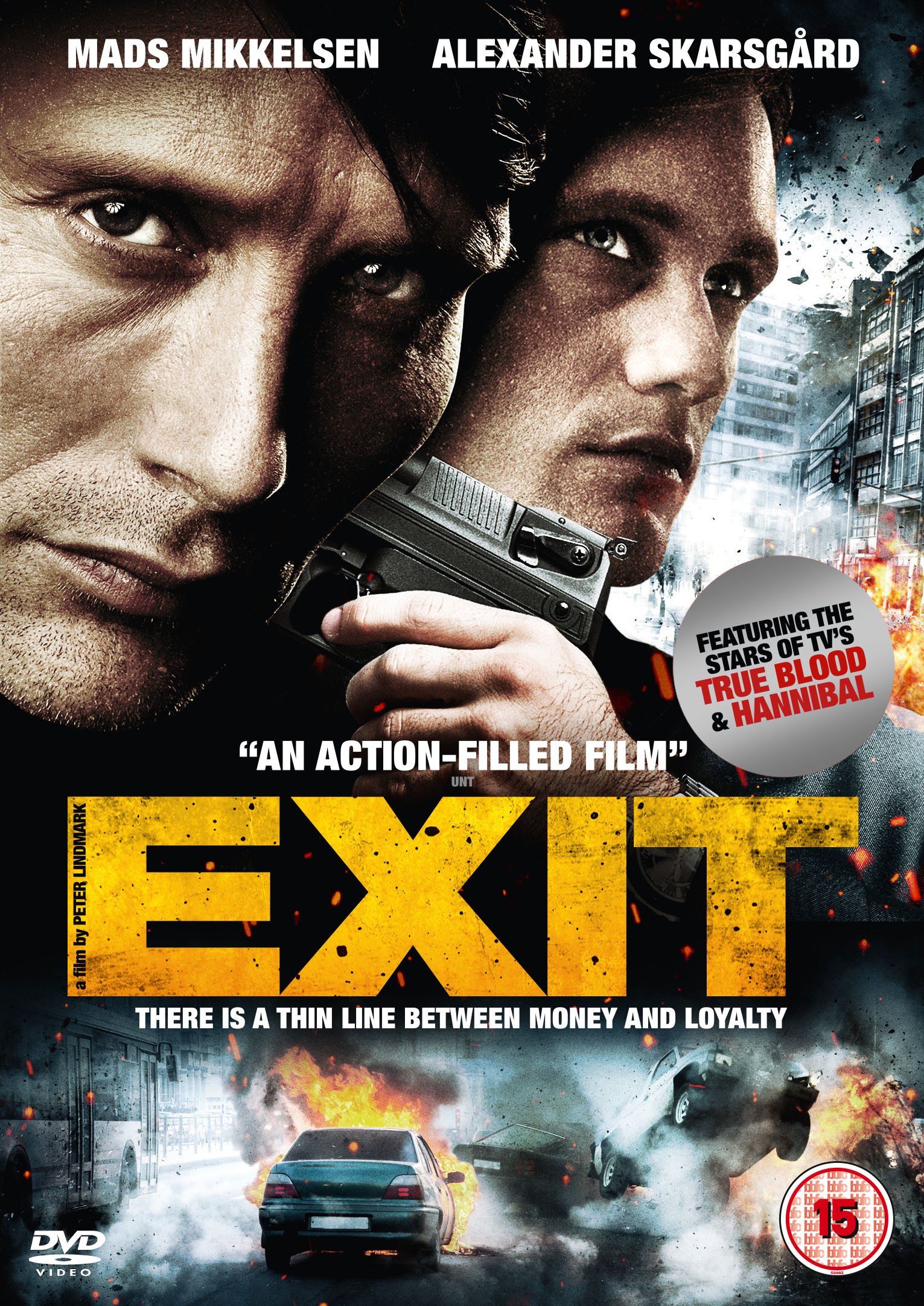