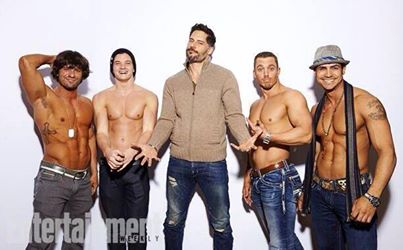 MAIN STREET FILMS ACQUIRES JOE MANGANIELLO’S “LA BARE” FROM 3:59
High profile Slamdance premiere results in competitive deal-making for theatrical release
PARK CITY, UT – Main Street Films announced today the acquisition of Joe Manganiello’s La Bare.  Manganiello’s production company 3:59 Inc., run by brother Nick Manganiello, produced the crowd-pleasing documentary.  The Magic Mike star’s directorial debut gives an insider’s look at the history, the lives and the culture of the most popular male strip club in the world, La Bare Dallas.
The movie premiered Sunday night as one of the most high-profile films in Slamdance history.  The appetite was strong and tickets were hard to come by for the sold-out, raucous premiere, which was attended by the La Bare dancers featured in the documentary, and followed by a Q&A with Elvis Mitchell after the screening.  Slamdance’s President and Co-Founder, Peter Baxter, had this to say about the screening, “During programming, we knew the audience would go wild for La Bare and they certainly did!” 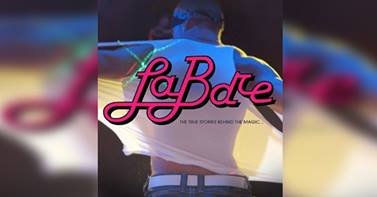 Main Street Films’ Chairman, Craig Chang, and President, Harrison Kordestani, were amongst those in attendance, and after seeing the audience reaction to the film, made their opening offer in the lobby of the Treasure Mountain Inn less than five minutes after the credits rolled.  The deal is mid-six figures for North American and Chinese rights and said to include a theatrical guaranty and commitment for a minimum 20-market US release to take place in Summer 2014.
“Our mantra is ‘engaging entertainment’ and that’s across all genres,” said Harrison Kordestani, President of Main Street Films. “From indie, action, romance, drama, comedy, and now documentary…Main Street Films is committed to creating a diverse universe of films that have a unique voice and vision.  We are really impressed with what Joe has produced and are excited to partner with him on distributing La Bare in North America.”
“I was immediately impressed by Main Street’s excitement, vision, resources and character,” said the pic’s director Joe Manganiello.  “I got that sense in my gut right away that this was the right company to help launch 3:59’s flagship film La Bare, as well as form a strong partnership for future projects.”
World-renowned DJ, Zach “Z-Trip” Sciacca, composed the music for the film, enhancing the project with an additional layer of emotional depth and hipness, and played the packed after-party where multiple distributors were trying to find time to discuss a deal with the Executive Producers and film reps, Shaun Redick and Ray Mansfield, of Movie Package Company.
Pic adds another dimension to an already over-achieving career for Manganiello, who can count television star (True Blood, How I Met Your Mother), film star (upcoming Sabotage, Magic Mike, Raimi’s Spider-Man series), and successful author (Evolution with Gallery Books, a Simon & Schuster company) amongst his career accomplishments to date.  Now add film auteur.
The deal was negotiated by Harrison Kordestani on behalf of Main Street Films and by Executive Producers Shaun Redick and Ray Mansfield of Movie Package Company.