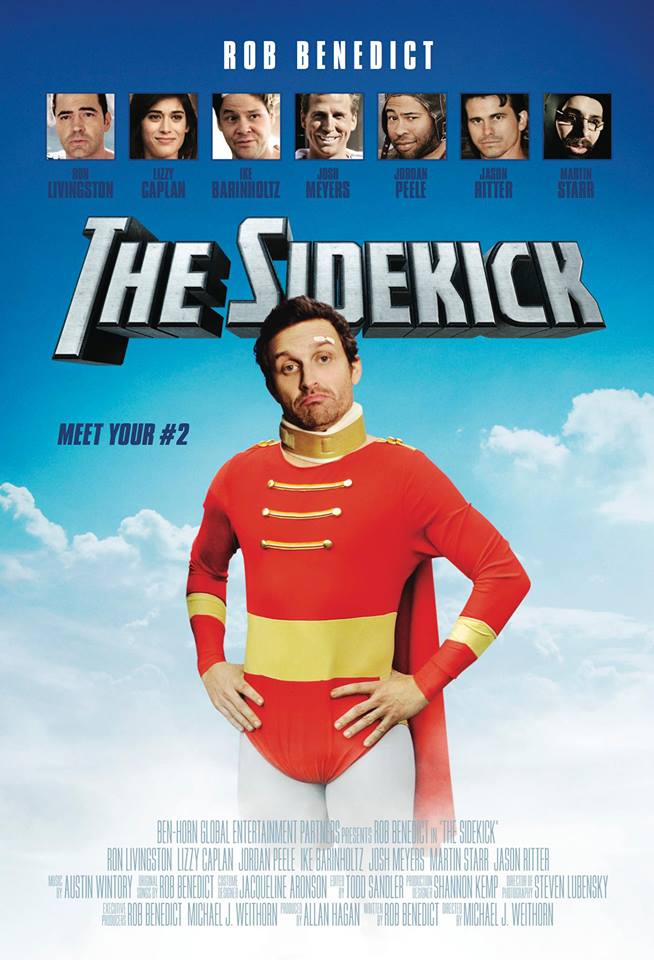 Comic Con will soon be here! I’m starting to get some press releases for the shows and films that will be at the con. Here is the press release for “The Sidekick”. This film has LIzzy Caplan in it (she was on True Blood’s first season)

“THE SIDEKICK” SOARS TO COMIC-CON

LOS ANGELES, CALIFORNIA (July 1, 2013) –  “The Sidekick,” a new short from director Michael J. Weithorn (“The King of Queens”, A Little Help) and writer/star Rob Benedict (“Supernatural”, Waiting…), will make its world premiere at this year’s Comic-Con International: San Diego on Thursday, July 18th from 3:00PM – 4:00PM in the Indigo Ballroom of the Hilton San Diego Bayfront.

Weithorn and Benedict will be joined by fellow cast members and Comic-Con regulars: Josh Meyers (Behind the Candelabra), Jordan Peele (Key & Peele), Martin Starr (This Is The End), Richard Speight Jr. (Band of Brothers) and cinematographer Steve Lubensky (Series 7).

“The Sidekick” tells the story of 40-year-old career sidekick, Max McCabe (Benedict), now past his prime in the fast-paced world of superhero-dom.  When he is unceremoniously fired by his boss, Captain Wonder, Max has no choice but to somehow find a place for himself in the regular world.

“We knew that Comic-Con had to be our first stop; it is ground zero for the smart and passionate genre fans we had in mind when we created this short film,” said Rob Benedict, star and co-creator of “The Sidekick.” “Also, we already own all these great tights, capes and masks, so it’ll be easy to get dressed.”

“I’ve been in the comedy field for over thirty years, and this is definitely one of my very favorite projects,” said Michael Weithorn, director of “The Sidekick.” “I’m optimistic that the Comic-Con faithful will dig it, and after our premiere in San Diego we’re going to look at adapting it as a cable half-hour or perhaps in a digital format. There are a lot more stories to be told with this character.”

More about “The Sidekick”:

“The Sidekick” is a fresh comedic take on the superhero genre, as well as an allegory about the struggle to find your purpose in life even as you are being… repurposed.

When Max, now pushing 40, grows lazy and indifferent, he is fired and quickly discovers that society has little use for an aging ex-professional buddy. But a cute and quirky school teacher Bailey (Caplan) helps him discover that there may be a place for him in the real world after all.