Olivia Lee of “Daily Chill” interviewed Alexander Skarsgard. Excerpt of the interview is below:

Alexander Skarsgård, the sexy Swede who plays Viking vampire Eric Northman onTrue Blood, has proven time and again that after five seasons on the hit telly show, he’s not squeamish about showing off his booty or his chops in the sack.

He better not be. Shagging comes frequently—and furiously—for the 1,000-year-plus-old bloodsucker.

He commands such attention with his tall 6ft 4in (193cm) chiselled frame, sharp tongue (and fangs), and a personality as dark and mysterious as his underground love lair, that no woman—or man, for that matter—would or can resist bending to his power, even without being “glamoured”.

DC: Let’s start about the talk of a Fifty Shades Of Grey movie with your name in the mix. Your thoughts about Christian Grey and being considered to play him?
AS: I know it’s a very big, high-profile project, so of course it’s flattering that there are people who would like to see me do it. At the same time, it’s difficult to say it’s something you want to do or not because I don’t think there’s a script—at least I haven’t read a script.

DC: Yes, and that’s why we’re happy to hear your name on the list.
AS: Thank you (laughs). Maybe I should read all three.

DC: Would you be comfortable in that sort of role?
AS: Absolutely. That wouldn’t be an issue.

DC: Because of True Blood?
AS: Exactly. I have a sex chamber in my basement—my character on True Blood—so I’ve had training.

DC: Do you get used to sex scenes?
AS: It doesn’t bother me at all. I don’t find it uncomfortable or difficult.

DC: Is there a trick to it?
AS: Relax, enjoy and have fun with it (laughs). That’s my trick.

DC: What’s it like being naked with Anna Paquin/Sookie Stackhouse onTrue Blood knowing that her husband Stephen Moyer/Bill Compton is watching? (Eric, half human/half fairy Sookie and vampire Bill are in a love triangle; Stephen and Anna have been married two years.)
AS: It’s not a problem. We’ve worked together for five years and we’re dear, dear friends. I love Anna and Stephen. We’re all professionals and they know it’s a job. This is what we do. I’ve had talks with Stephen before and he’s very comfortable with it (laughs). He’s not threatened.

DC: What if Anna was your wife, would you be comfortable watching Stephen do that with her?
AS: Absolutely. My father (Stellan Skarsgård, who played Dr Erik Selvig in Thor andThe Avengers) is an actor, so I grew up in a family where he had to do that a lot with actresses and my mother had to deal with it. That’s just part of the nature of what we do. It looks very romantic sometimes when you watch movies, but when you shoot it on the day it’s not very sexy.

DC: What are you working on?
AS: We wrapped True Blood season five end of June early July, then I went to Vancouver for two months. I shot a film called Hidden. It’s a post-apocalyptic film about a family in a bomb shelter. We wrapped just a couple of days ago.

DC: How was the experience filming Hidden?
AS: Pretty intense because the movie is based on a bomb shelter. It was pretty claustrophobic and I was low on energy. I was on this diet because I had to lose weight—my character was kind of skinny. For a couple of months I ate small salads and a bit of protein to lose weight. It was difficult. It was tough. I was tired and exhausted and it was very intense, but a great experience and I really enjoyed working on it. It’s not a fun character to play, but I’m very happy I did it.

DC: Tell us about the character.
AS: It’s about a family—a husband, a wife, their 10-year-old daughter—they’re hiding in a bomb shelter, or actually a fallout shelter, that they found and have been down there almost a year. I don’t want to reveal too much, but there’s something—or someone—looking for them. So they’re trying to hide and trying to survive.

DC: What other movies are next?
AS: I shot three films last year that are on the festival circuit now, or at least two of them are—Henry James’ novel, What Maisie Knew, with Julianne Moore. We were in Toronto for the film festival and I shot another one called Disconnect. One calledThe East, about a group of eco-anarchist; they’re editing it. All three will be out next year.

For the full interview please visit Daily Chill: Huge thanks to Olivia for the great interview! 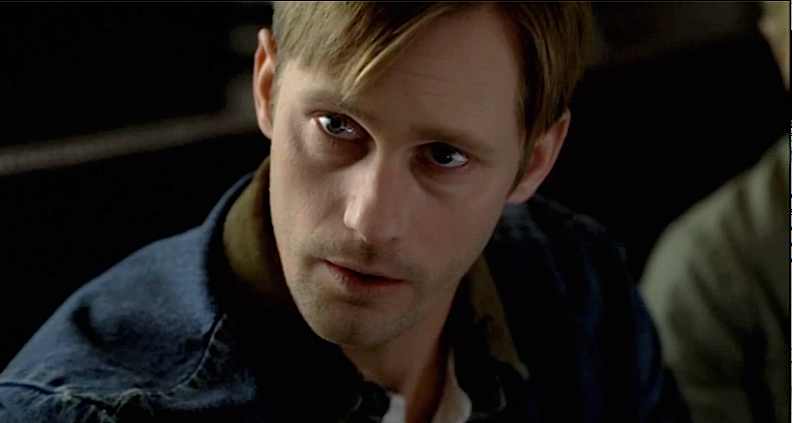