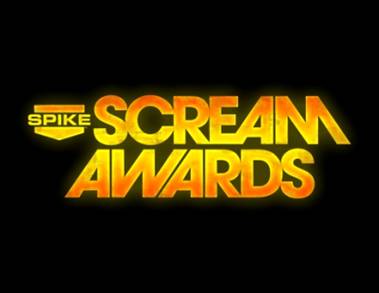 Spike TV released the following press release for their upcoming “Scream Awards”.The awards show will be taped and will be shown on Spike TV on 10/18/11.

Two-time Academy Award nominee Robert Downey Jr. will attend to accept SCREAM’s prestigious Hero Award. With wildly successful films like “Sherlock Holmes” and “Iron Man,” Downey has captivated fans and critics alike with his daring and iconic interpretations of some of cinema’s most beloved characters. Academy Award winner and star of “National Treasure,” “Kick-Ass,” and “Ghost Rider,” Nicolas Cage will be on hand to reveal a exclusive new footage from “Ghost Rider Spirit of Vengeance” and to accept the Maverick Award to recognize his fearless and intriguing body of work. Appearing in over 60 films, Cage has blazed his own path through Hollywood and created some of the most memorable, eccentric and indelible roles.

“The superstars and superheroes who are coming to SCREAM this year do it because they love and appreciate these fans for their unparalleled passion, ” said Casey Patterson, executive producer of “SCREAM Awards 2011” and executive vice president of event production for Viacom Media Networks Entertainment Group. “We have a lot of Scream-worthy surprises for the fans this year.” Spike TV’s “SCREAM Awards 2011″ will also feature world premiere footage from some of the biggest releases of the next 12 months. The show will include never-before-seen previews of “Total Recall,” “The Woman In Black,” “Paranormal Activity 3” and “Sherlock Holmes: A Game of Shadows,” with many more films to be announced shortly.

The reboot of one hallowed franchise and the thrilling final chapter of another will battle it out for many of the night’s top honors, as “X-Men: First Class” and “Harry Potter and the Deathly Hallows – Part 2” both nabbed 14 nominations, among them “The Ultimate Scream,” and “Best Director.” Two other Marvel Comics franchises joined “X-Men: First Class” to round out the top four, with “Captain America: The First Avenger” and “Thor” receiving 11 and nine nominations, respectively. Among television franchises, HBO’s “Game of Thrones” and “True Blood” each tallied seven nominations, with AMC’s “The Walking Dead” up for six “SCREAM” awards.

Fans can vote for their favorites, as well as view exclusive red carpet and backstage coverage of the event, by visiting scream.spike.com.

Voting is still open for fans but will soon end (the last day is this weekend). To vote please visit Spike TV Link here:

Alexander Skarsgard  is up for “Best Horror Actor”. So please vote!