Alexander Johan Hjalmar Skarsgard was born on August 25, 1976 in Stockholm, Sweden. He is the eldest son of actor Stellan Skarsgard and My Skarsgard, a doctor.

Alexander worked frequently as a child actor during the 80′s and became a huge teenage star in Sweden when he played “Jojo” in Rumle Hammerichs “Hunden som log” in 1989.

Alexander was not comfortable with being a celebrity at such a young age so he quit acting.

During the eight years he did not act, Alexander studied Political Science and completed his Military service in the Marines in Sweden. He also studied English for 6 months at Leeds Metropolitan University.

However, and luckily for us, the pull and desire he felt for acting returned. He enrolled at Marymount Theatre School in New York City in 1997.

After that he returned Sweden to work in film, television and theatre productions. 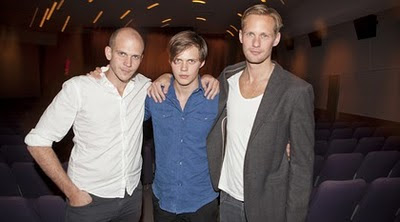 Alexander auditioned for and won a small role in “Zoolander” in 2001 whilst on holiday in the US.

In 2003, he co-directed the short film “Att doda ett barn” (8 minutes long), which starred his brother Valter, and was narrated by his father.

His big international break came in 2008 with the HBO series “Generation Kill”.

His most famous role is on the HBO TV show “True Blood”.  Alexander portrayed the 1000 year old Viking Vampire, Eric Northman. The show, which sucked in over 10m viewers in the US alone, ran for 7 seasons, ending in August 2014.

During his time on “True Blood” Alexander also appeared in a number of US made movies, such as “The East” with Brit Marling, and fan favorite “What Maisie Knew” with Julianne Moore.

Alexander has also occasionally worked as a model. He appeared in a Hickey Freeman campaign in 2010, and is the face of top designer Calvin Klein’s “Encounter” range for men. He has also appeared in music videos for Lady Gaga and Cut Copy. 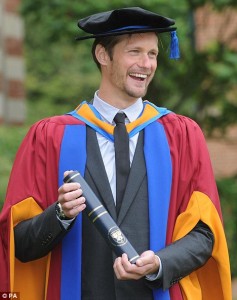 In October 2011 Alexander was named one of the years “Breakthrough Performers” at The Hampton Film Festival.

Alexander has been voted the sexiest man in Sweden 5 times in a row. He has also topped numerous polls as Best Vampire for his role as Eric Northman.

Alexander is a passionate supporter of his local football team Hammarby IF.

In late 2013 Alexander joined Prince Harry and a team of wounded servicemen and women in completing a  gruelling trek to the South Pole in aid of “Walking with the Wounded” charity.

In October 2014 Alexander completed principle photography on  the major motion picture headlining role, “Tarzan The Untamed”, for Warner Bros in London. The movie will be released on July 1 2016.

In the summer of 2015 Alexander received critical acclaim for his role in “The Diary of a Teenage Girl” for first time director Marielle Heller. The movie won prizes at Sundance, Berlin and Edinburgh Film Festivals.

Alexander recently filmed a lead role in the black comedy “War on Everyone” in New Mexico, due for release in 2016, and participated in a documentary project for Greenpeace’s Save The Arctic Campaign along with his close friend Jack McBrayer.

In November 2015 it was announced that Alexander will play the lead role in scri-fi movie “Mute” for British director Duncan James. Filming will begin later in 2016. 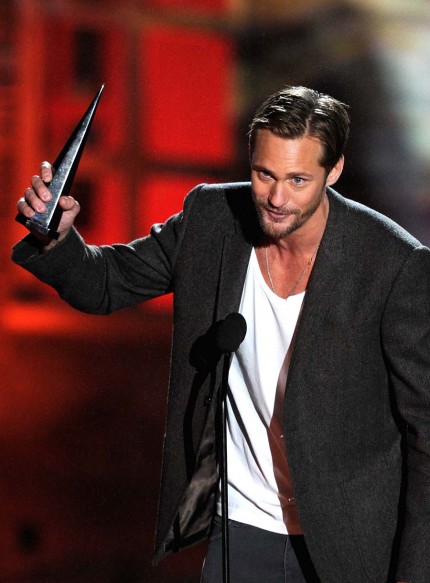