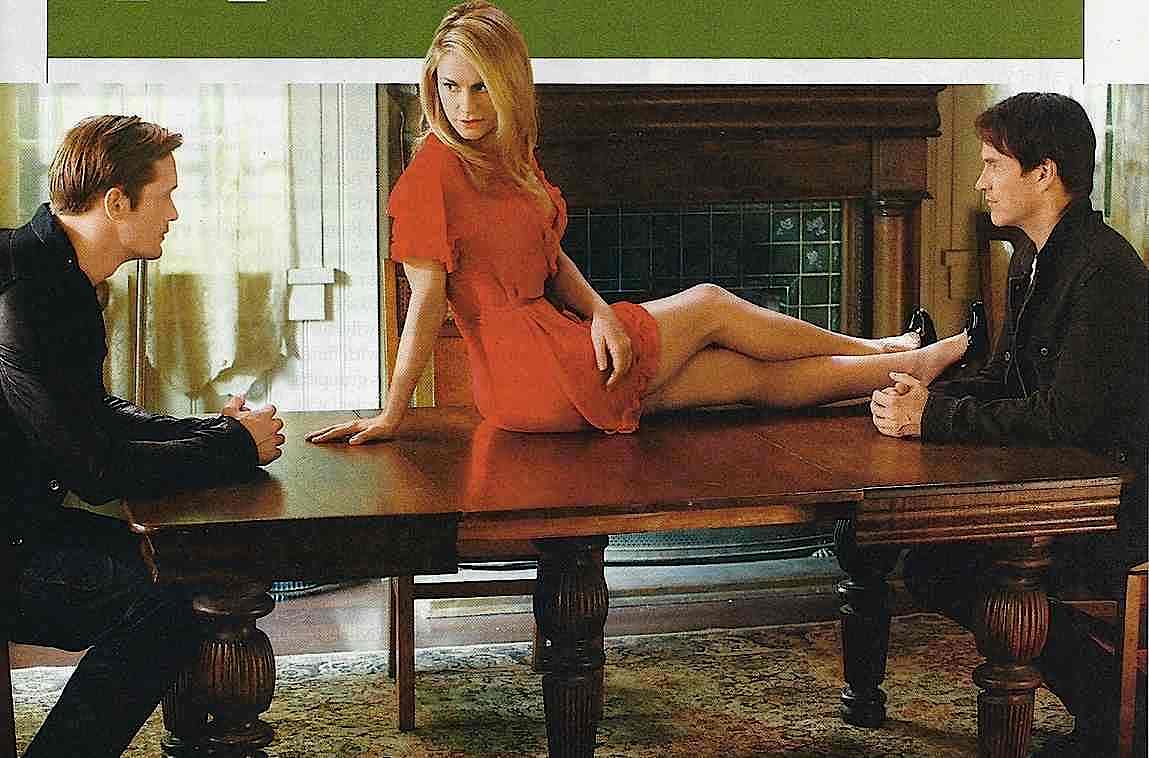 The Entertainment Weekly Magazine double issue dated 7/8/11 featured a review of True Blood by Ken Tucker. The image above was included in his review.

UPDATE:  The “rest of season sneek peek” that was shown at Comic Con I believe is showing us the footage that is covered in the EW photo! Perhaps the episode description for episode 4.09 is giving us a clue as to what is going on!

These images are my screen caps from the Comic Con trailer showing Sookie wearing the same red negligee above: The fourth image is from a new TCA video. The shower scene does sound like it will not be ony Sookie and Eric ! Alan Ball also said this at TCA:

Also of note is that the cast love working with each on True Blood and often give Ball and the writers ideas for their characters. In episode 9 of this season, Anna Paquin (Sookie) gets the creative credit for something that happens between her, Bill and Eric. SOURCE: thehdroom 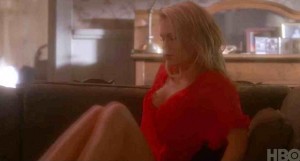 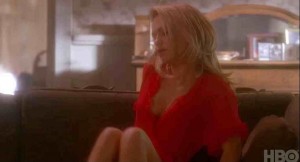 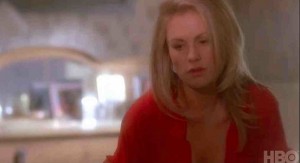