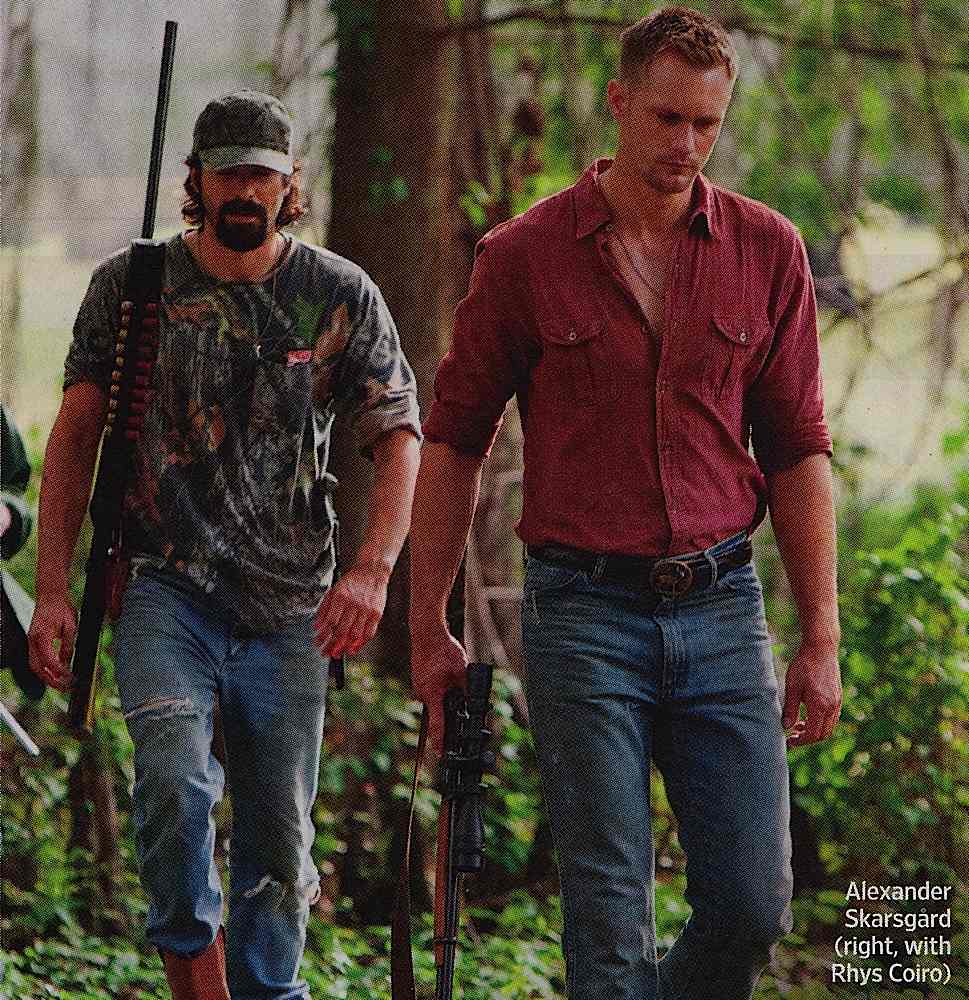 The May 6, 2011 edition of Entertainment Weekly Magazine featured a “First Look” -an early peek at some of Hollywood’s coolest projects. Rod Lurie’s film “Straw Dog’s” was featured. The gallery below contains the page scans featuring images of Alexander Skargard, Rhys Coiro, and James Marsden and Kate Bosworth. The film is due out September 16, 2011. Lurie is quoted “This is not a soft movie”. The film is a remake and like the original it has brutal depictions of rape and murder. “People leave this movie saying they need a drink”.