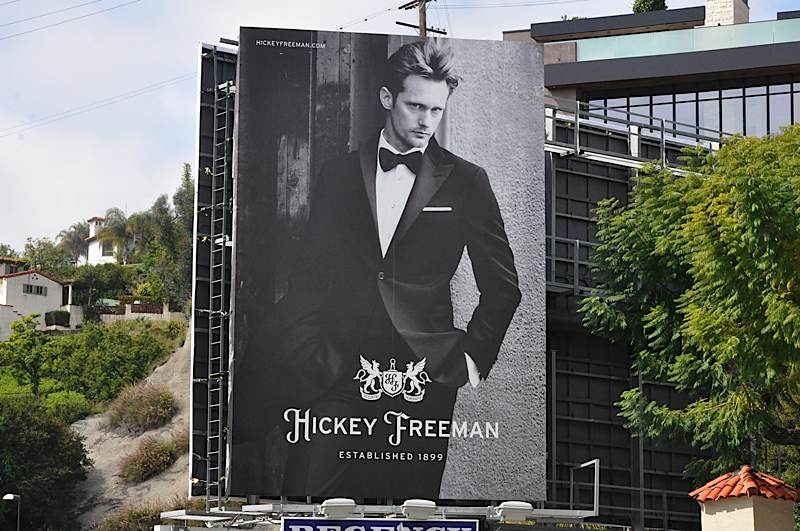 A trip to the Hickey Freeman billboard was in order on our way home after an amazing evening with the True Blood cast at PaleyFest. It took my passengers a few minutes to get cameras out so I wound up parking near by in order to snap up a few photos. Alexander Skarsgard was named the “new face” for the Hickey Freeman ads. The billboard above was on the famous Sunset Boulevard. Quite a sight to see indeed!  The photos in the gallery below were taken on Sunday 3/6/11. UPDATE: the billboard of Alexander was recently taken down and replaced with a Svedka Vodka one. Glad to have been able to snap up these photos for the fans.