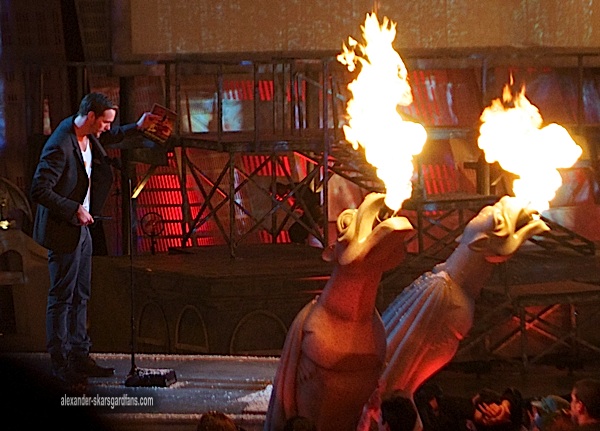 Alexander Skarsgard won a Scream Award on 10/16/10 for Best Horror Actor. The Awards were held at the Greek Theater in Los Angeles and the after party was held following the awards at The Music Box.

The Scream Awards were taped in front of a live audience and many were in elaborate horror themed costumes. I was in attendance and had an amazing time.