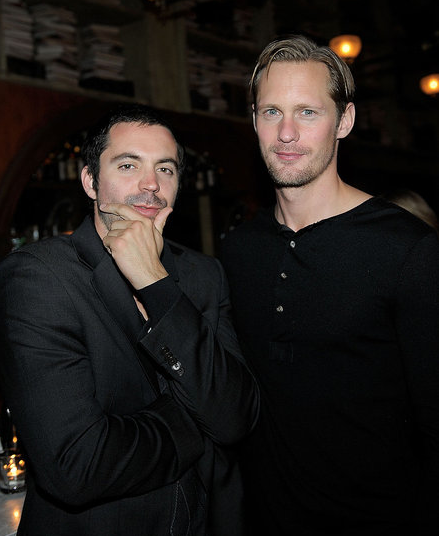 The Elephant is slated for release in 2012. The film has not yet started production.

Inspired by true events from 1969. “The Elephant” is slang for an oil strike of at least 500 million barrels and while American and European oil companies had been searching in the North Sea for years, they kept missing the ‘big one.’ On board the oil rig ‘Ocean Star,’ the brutal differences between the US drilling crew and the Europeans explode as they fight against the wild elements of the North Sea.

Garth Franklin reported in Dark Horizons that Alexander Skarsgard was slated to appear in the film.

Alexander Skarsgard (“True Blood“) is attached to star in the action thriller “The Elephant” for Studio Babelsberg, Monster Film and Northern Alliance Group reports The Wrap.

Based on Magnar Jonsgaard’s novel “Black Rain“, the blond hunk will play a Norwegian roustabout who tangles and then bonds with a redneck American driller as they attempt to stop a building oil rig explosion in the frigid North Sea.

Hans Petter Moland (“The Beautiful Country“) directs from a script by Petter Skavlan. The title itself is slang for an oil field of immense size.

Casting is currently under way for three American stars. Shooting will kick off either in late Fall or early 2011.