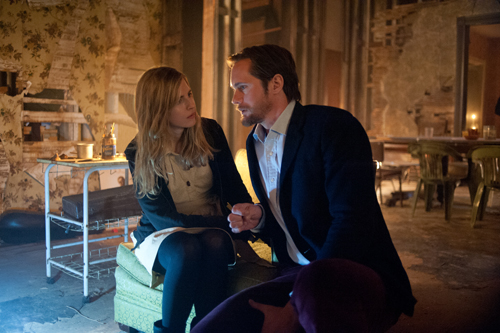 Alexander Skarsgard filmed for his role in the film “The East” in the fall of 2011. The movie premiered at The Sundance Film Festival on January 20 2013. It is now available on DVD.

The East follows Jane (Marling), an operative for a private intelligence firm, who is assigned to an underground anarchist organization that has launched several attacks against corporations in an attempt to expose their corruption. Changing her name to Sarah and changing her appearance, she joins the group and begins to learn that each member has been personally affected by the actions of Corporate America.

Alex plays Benji, the charismatic leader of the group to whom Sarah/Jane becomes increasingly attracted. Brit Marling told reporters at the time of the movie’s release that they wanted Alex for the role after witnessing his amazing screen presence in True Blood. 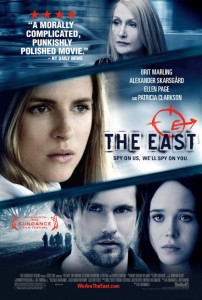 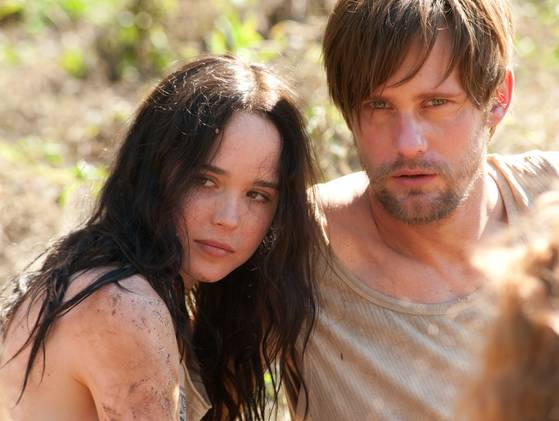 The East goes to The SXSW Festival in Texas.

Photos from The East Premiere at  The Sundance Film Festival.

Screencaps from the trailer for the film: