Alexander filmed his role in Straw Dogs in August 2009. This film is  a remake of the controversial 1971 Sam Peckinpah film “Straw Dogs”. It was released at the US cinema in September 2011 and is now available on DVD.

James Marsden plays a Hollywood screenwriter who relocates with his wife, played by Kate Bosworth, to her hometown in Mississippi. Alexander Skarsgard plays her former  high school boyfriend. His character is described as an ex-football hero who “sees the return of his former girlfriend as a way to reclaim glory”.

Gallery of pictures from the movie and behind the scenes. 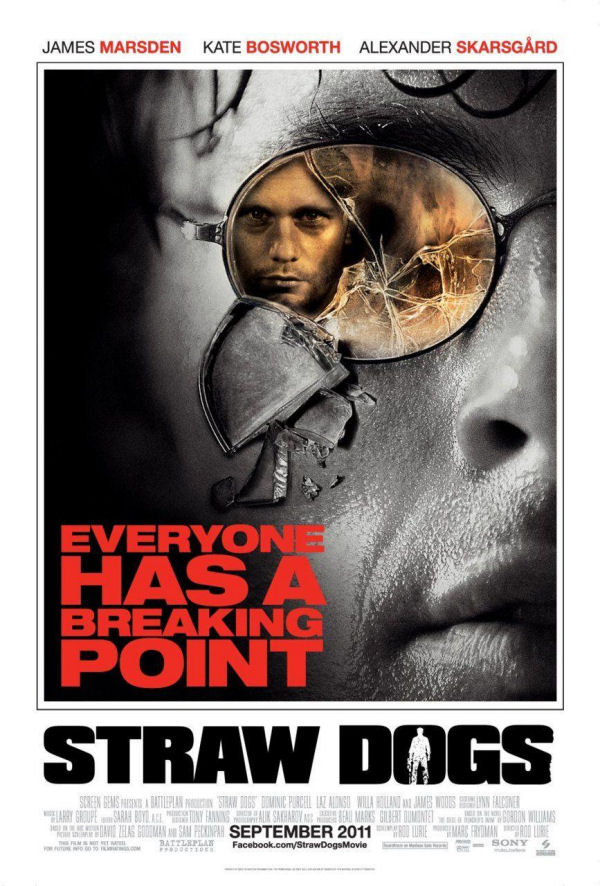