Alexander Skarsgard won an Emmy for his performance in Big Little Lies. This was his first nomination. It was awesome to see Alex win and thank his mom My who attended the awards with him. Loved seeing him holding that Emmy! Here’s to many more awards and great roles for Alex!! 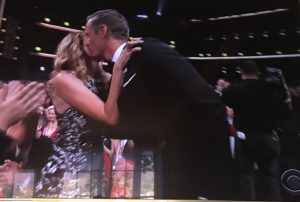 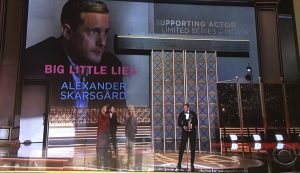 Lots of great photos from the red carpet. It was great to see him and his mom!!

Great collage of the red carpet images of Alex can be found here at alexanderskarsgard library tumblr:

Nicole won for her role! She thanked Alex in her speech. Great shot of her kissing Alex in front of her husband LOL:

And here’s Nicole Kidman kissing Alexander Skarsgard on the lips… in front of her husband, Keith Urban. #Emmys pic.twitter.com/L5FDEw6HaI

The series also won an Emmy! Great to see Alex back up on the stage! 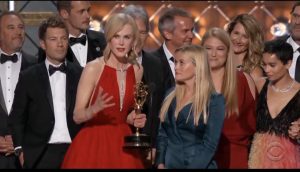