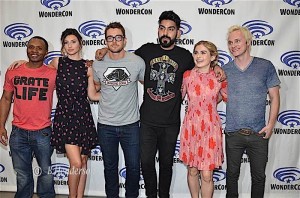 CW announced the premiere date for iZombie season 3. The new season will air on April 4th.

Zombies are coming back to The CW with the premiere of #iZombie on Tuesday, April 4 at 9/8c! pic.twitter.com/hzMVS9fvzu 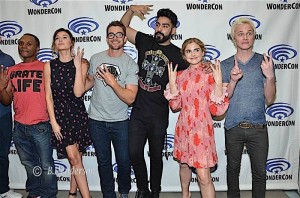 The cast was very excited for the new season. During the press tour at Wonder Con they posed and held up 3 fingers to announce the new season renewal.  At the end of iZombie Season 2, Liv learned that the zombie population in Seattle is much bigger than she and the viewers first believed. It was a positive move for the CW show. Many other shows focus on the local area or the local group and tend to forget about the world around them.  There is a risk that for fans a lot of questions are left unanswered.

Co-creator Rob Thomas has shared that the 30 zombies fans already know about are just the tip of the iceberg. There are far more making up a zombie military. The aim of this military is to make the world safer for the zombies and to end the discrimination.

Who else is excited for season 3 of iZombie? I know I can’t wait to see them again and what will happen in the new season.