The new HBO show Big Little Lies premiered on Sunday night.  It is great to see Alex on tv again in a series. So what did you think of the new show?  Alexander Skarsgard plays the character Perry on the new limited series. His co-star Nicole Kidman plays his wife Celeste. HBO released a promo video featuring the 2 characters shown below. 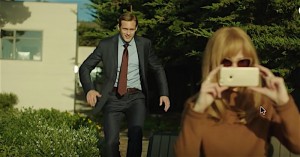