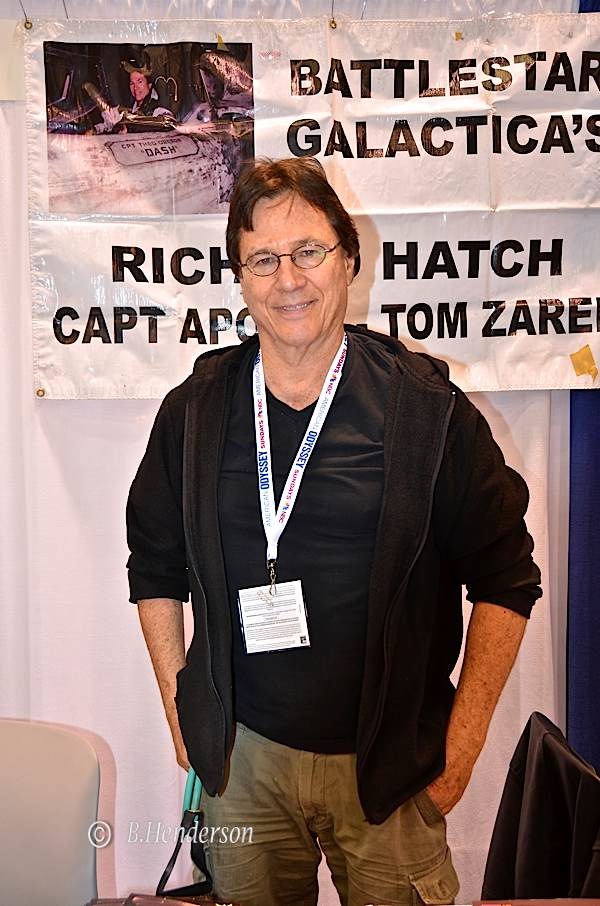 Saddened to hear that Richard Hatch passed away. He was known for his role in Battlestar Galactica as Captain Apollo. He was always happy to hear from fans (photo above from Wonder Con 2015 held in Anaheim, CA)

February 7, 2017 — Paul Hatch, on behalf of the Hatch family and friends, is sad to confirm the passing of his beloved father Richard Lawrence Hatch, who passed away in Los Angeles, California this afternoon.

He died peacefully with his family and friends at his side after a battle with pancreatic cancer.

Richard was well known to legions of fans for his roles as Captain Apollo in the original Battlestar Galactica television series and also as Tom Zarek in the 2003 remake of the series.

After beginning his career in Off Broadway theatre, in 1970 he joined the cast of All My Children and then went on to become a fixture as a guest star on numerous hit TV series and movie for television, eventually replacing Michael Douglas as Karl Malden‘s partner in the Streets of San Francisco.

In 1978 his starring role in Battlestar Galactica brought him worldwide recognition as well as a Golden Globe nomination.

In spite of significant roles in other series and motion pictures over the following decades, his connection with the original Battlestar as well as the remake, created an international following among science fiction fans. While continuing his acting career Richard was a popular figure at Comic Book conventions, science fiction forums and even hosted his own cruise ship events.