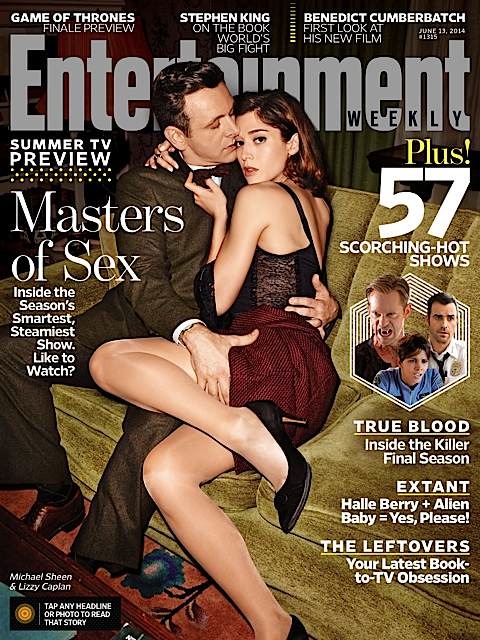 The new Entertainment Weekly magazine dated June 13 features a segment on True Blood. Alexander Skarsgard is shown for the True Blood ‘inside the final season’ segment.

The article details the True Blood “bloodlines” and features a family chart showing their family trees. 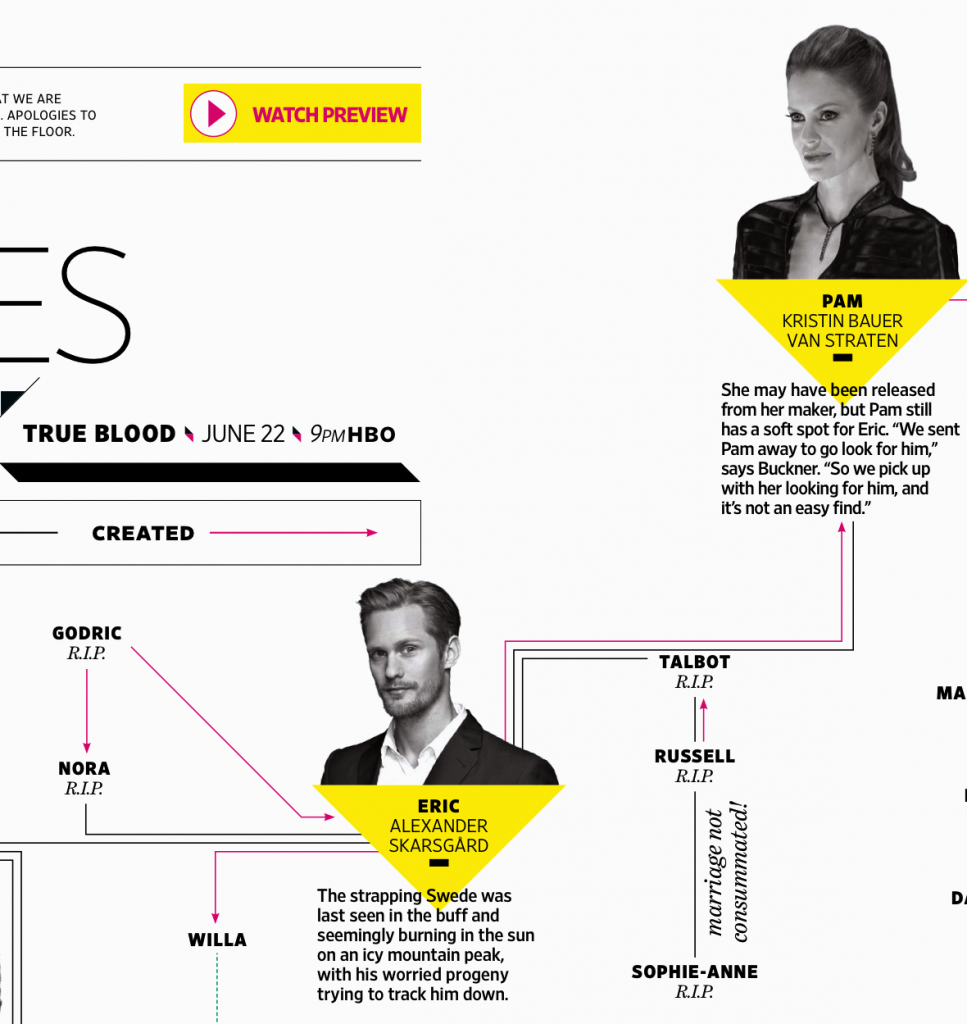 Fans have been told a few times that the final season will feature a return to season 1 with the Bill and Sookie storyline. However when it comes to having fans interested in the magazine EW used a photo of Alex as Eric on the cover (what a surprise..not) No matter what happens in the  final season I know many fans (including this fan) hope for a fantastic ending story for Pam and Eric.

The gallery below has the scans from the image. It’s a good issue featuring many tv shows which will be starting up again soon (Outlander is also feature)