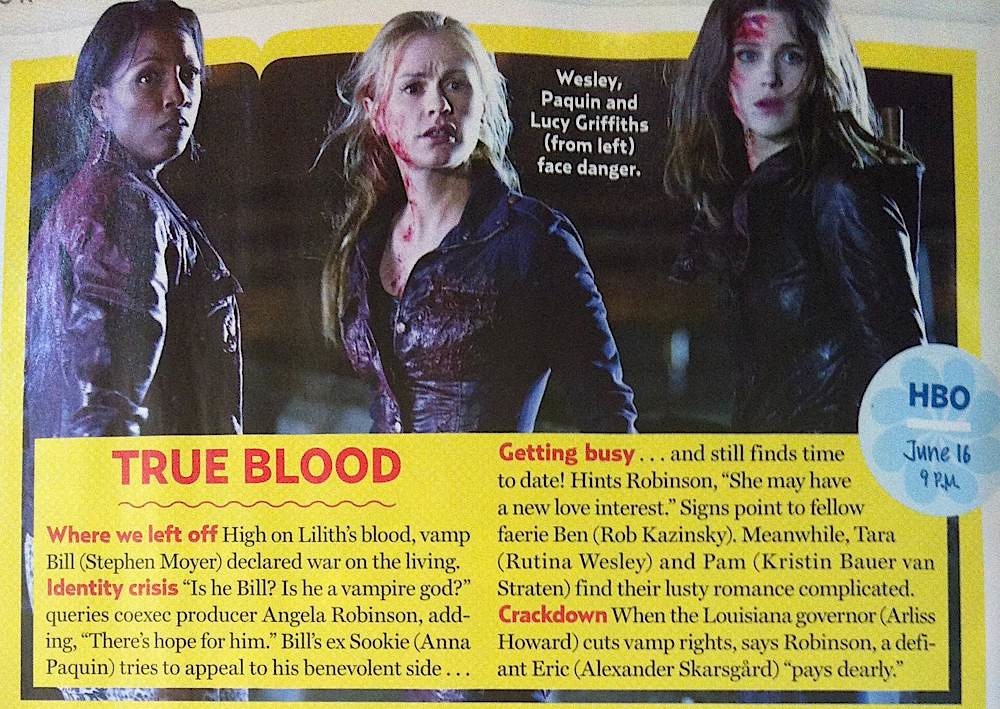 The June 10, 2013 issue of US Weekly featured the photo above showing Rutina Wesley,  Anna Paquin, and Lucy Griffiths in a scene for True Blood’s season 6. It was part of their “Look at This” column in the magazine.

The article states: Where we left off:  High on Lilith’s blood, vamp Bill declared war on the living.

Identity Crisis: “Is he Bill? Is he a vampire god? queries coexec producer Angela Robinson, adding, “There’s hope for him.” Bill’s ex Sookie tries to appeal to his benevolent side….

Waiting sucks for the new season but it is almost here! The same magazine also featured a   write up and photo from Alex’s film “The East”.